Since it’s been a while, if you want to catch up on my never-ending mouse sagas:

To summarize, the Mouse Dad escaped his cage while I had the door open [leapt right out past my hand], and ran downstairs and under the fridge.  That made me realize that after 18 months he might not want to be a caged mouse any longer.  After recapturing him, I put his cage out in the yard and he was gone the next morning.  I left the cage outside for almost 2 weeks but he never came back sigh.  After that, I made the very hard decision [for me] to put the Mouse Baby’s cage outside.  He was gone the next morning and never came back either.  I still miss him.  We had the best [mostly one sided] late night talks: 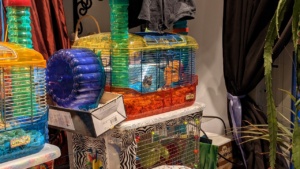 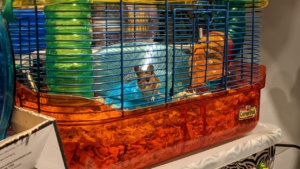 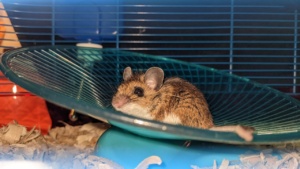 I hope he fathered 1,000 mice and became the Mouse King of Ipswich.

On May 30th I caught a new mouse in the basement.  Her tail was broken from when the humane trap slammed shut on it 🙁  I put her in the Mouse Baby’s old [cleaned] hamster cage to let her recuperate: 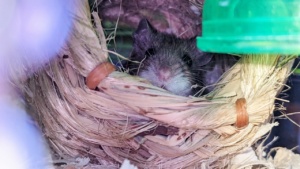 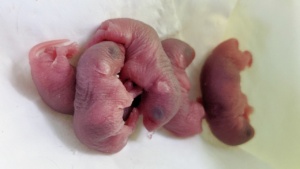 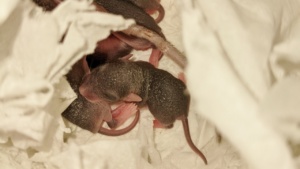 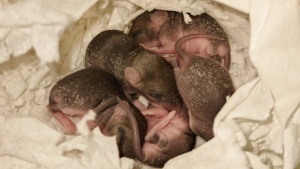 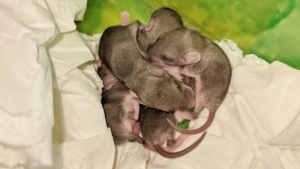 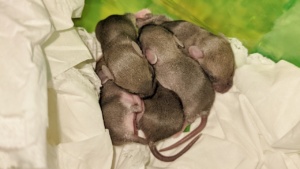 When the babies were 3 weeks old their eyes opened.  When they were 4 weeks old they started squishing through the bars of the hamster cage and wreaking havoc in the girl cave.  That’s when I made a 90-quart bin cage for them, to keep them ALL IN ONE PLACE.  It worked great!  2 weeks later, when the babies were 6 weeks old, I released them with their mom into a field near our house.

On August 9th I trapped another mouse who was very obviously pregnant and about to burst.  I put her in a hamster cage in the girl cave. 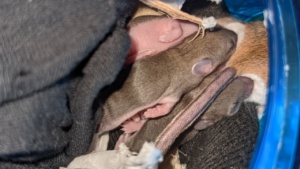 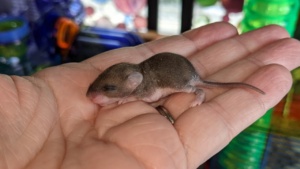 I was planning to move her and her babies into the large bin cage, but before I could, she escaped and took all her babies with her.  I haven’t seen them since…  it really blows my mind how she got out and where she went…  I set humane traps all over the house for the past 3 weeks and caught nothing.  I have to assume she took them down the heater pipes into the basement…