As part of the doorknob/hinges project, and the backdoor overhaul project, I fixed our crumbling, neglected back slate steps this summer.  I had never heard the term “repointing” before.  To repoint is “to repair the joints of (brickwork, masonry, etc) with mortar or cement” [c/o dictionary.com].

When our back door became usable again in early July, I quickly realized the back steps would need some TLC: 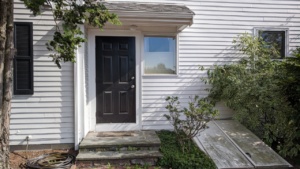 The old cement/mortar was all cracked & separated from the slate tiles: 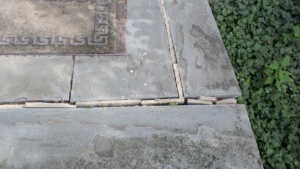 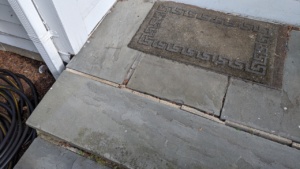 I pulled out the chunks I could and used a piece of wood to dig out as much dirt and plant material as I could: 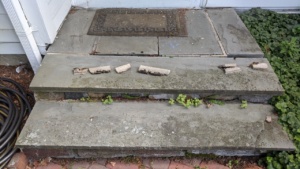 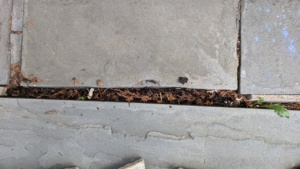 I also got rid of the nasty old doormat, which had an even nastier, older one underneath it.  I hosed out the cracks on the top step: 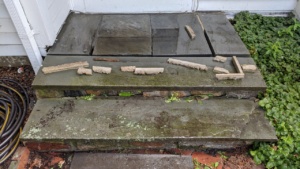 After doing some online research, I found this awesomely helpful [and funny] article written by Devin at DevineEscapes.com.  He said to use a Type S mortar, so I bought 2 small [10 lb.] bags of Quikrete Mortar Mix, which I found at a local hardware store: 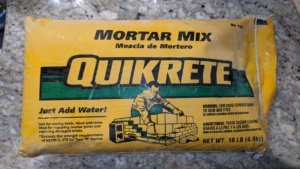 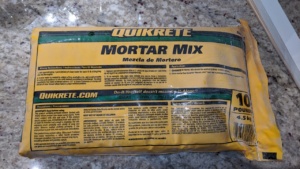 I’d never used Quikrete before but knew from reading other DIY blogs that it was easy to mix and use: 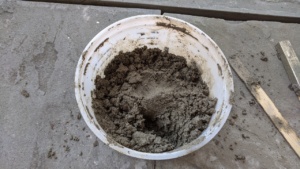 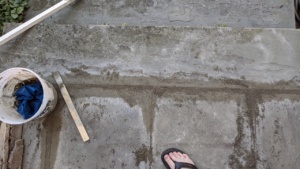 I basically followed Devin’s entire method, but instead of a trowel I used my rubber gloved hand to push mortar into the cracks and crevices.  I used a sponge to get as much off the slate as I could.  I remember from tiling the front hall what a NIGHTMARE it is to get dried mortar off slate.

Here’s a pic of the top step after finishing, and another of the steps the next morning after the Quikrete had dried: 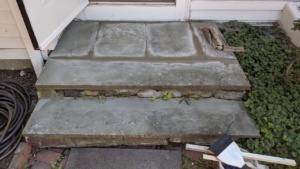 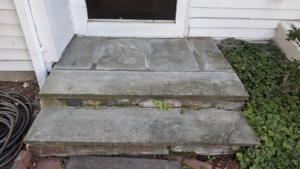 Next up was tackling the lower step.  It was very easy to pull the whole step away from the base: 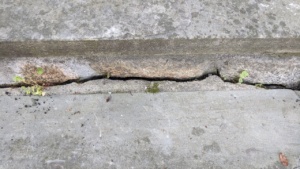 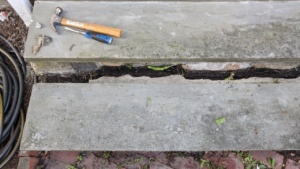 I tried tapping the existing mortar with a hammer and chisel to remove it, but it was on SOLIDLY.  So I decided to keep it rather than risk harming the slate.  Instead I cleaned up the area by hosing out a ton of dirt, debris, & plant material: 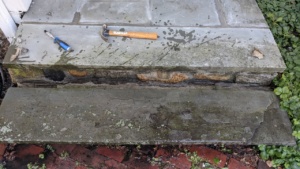 Then mixed up the 2nd bag of Quikrete.  Just add water & mix thoroughly: 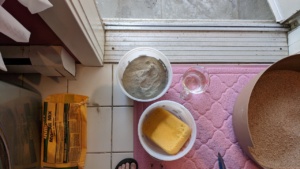 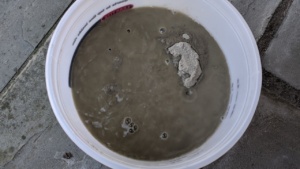 I found it easier to mix the 2nd batch with my hand: 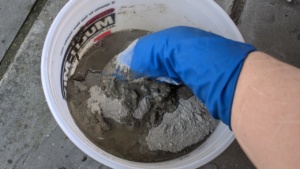 At first I glopped a ton of it into the entire crack, but when I tried to push the step back, there was WAY too much mortar.  I had to scrape out most of it and just leave a thin line of mortar mooshed up against the base: 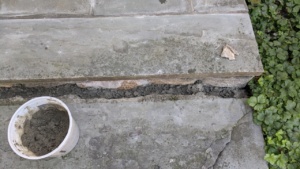 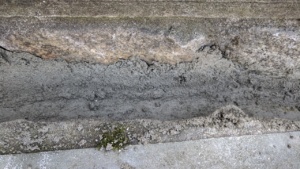 Once the step was back in place, a thin, narrow piece of slate had flaked off.  I washed the area then added a thin layer of mortar and pressed the piece back down: 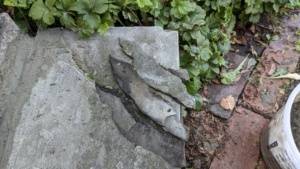 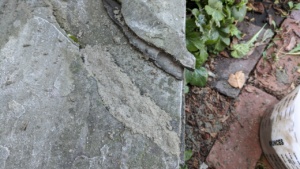 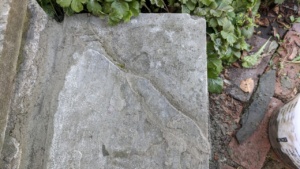 I brushed off as much loose mortar from the lower step as I could [it’s very sandy], and called it a day: 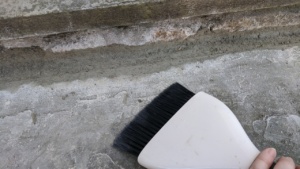 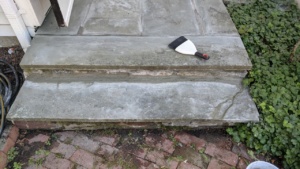 The steps already looked so much better!  And safer: 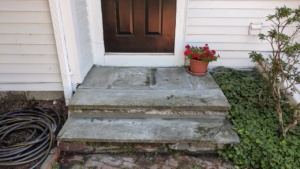 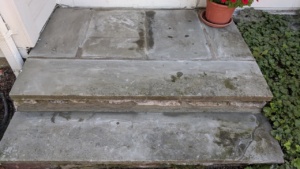 Stay tuned for Part 2 where I scrub the algae, moss, & lichen off, and weather seal them.

Join 21 other subscribers
← A Cellarway Makeover ← Summer 2020 In Photos