Last May I started de-mousing the foundation around our front stoop with hardware cloth: 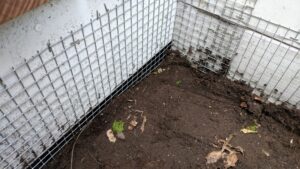 I dug down about 4 inches, jammed the hardware cloth into the dirt, then stapled it to the house and stoop.  I backfilled in the dirt and packed it down, but never finished the job.  I got discouraged after realizing mice will always find a way in.

The issue all began when I built a squirrel feeding platform in March 2018 off our dining room window: 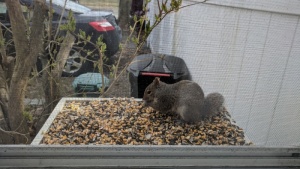 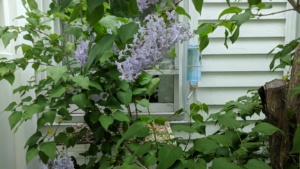 Great idea in theory – many happy, fat squirrels!  TERRIBLE IDEA in practice because it attracted a shit ton of mice to our house, foundation, and basement.  Ever since, we have been battling mice.  So many mice.  They originally chewed their way into the basement right below the squirrel feeder, via the HVAC duct, tossing insulation out as they went: 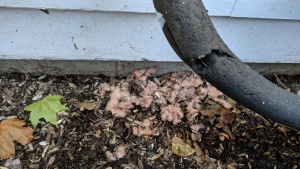 I removed the squirrel platform in October 2018, but by then it was far too late.

This past weekend hubby asked if I’d resume the de-mousing around our front door because the mice had started burrowing under our front stoop and most likely directly into the basement.  He wasn’t kidding – look at this huge doorway leading directly under the center of the front stoop: 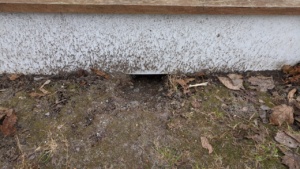 I started on the right side of the stoop where I’d left off last May.  I dug down as deep as I could, cut pieces of hardware cloth with my wire nips, jammed it into the dirt, stapled the wire to the stoop, backfilled the dirt, then stomped it down: 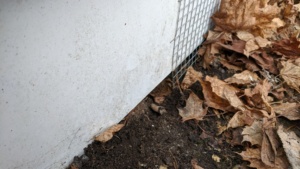 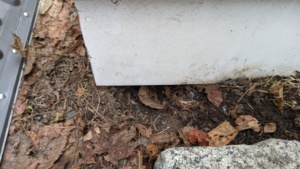 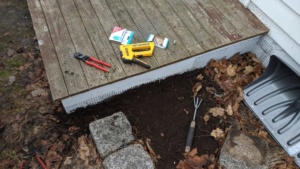 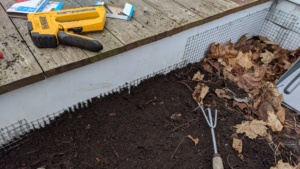 The wire wraps around to the front of the stoop by about an inch: 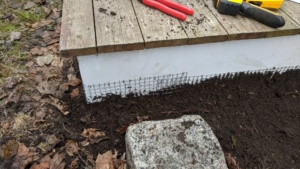 Then closed up the hole at the front of the stoop and jammed a brick against the wire for extra measure: 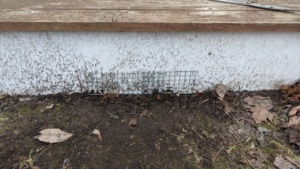 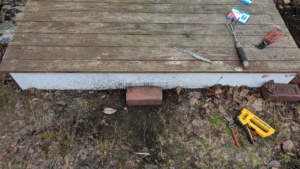 Then did the entire left side of the stoop.  Most of the dirt was already dug away on that side: 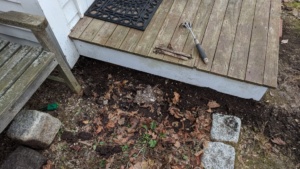 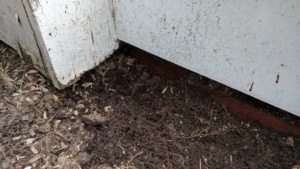 I angled the wire so it rounded the corner and met up with where the foundation turns to cement: 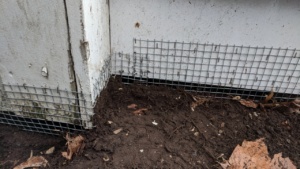 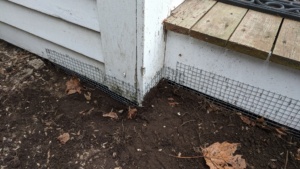 I placed bricks and rocks up against the wire: 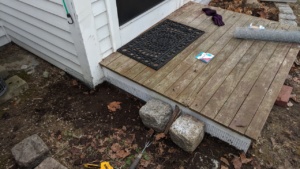 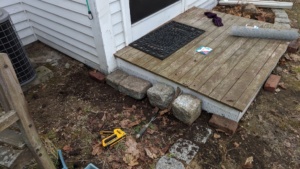 I was too cold by that point to attempt to finish the front, but I plan to do that soon: 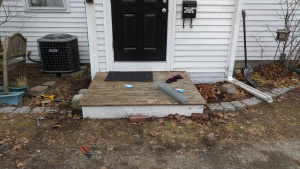