When I first moved into the condo in 2012, the basement barely got wet during huge, multi-day rain storms.  Now our cage starts flooding within 20 minutes of heavy rain fall.  I knew the water was coming in somewhere along the wall in the far, right corner of our cage, behind all the shelving.  This is how our cage usually looks – notice my wood collection up on blocks on the right side of the floor: 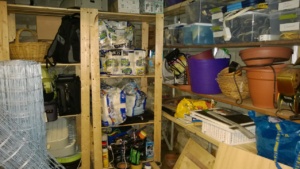 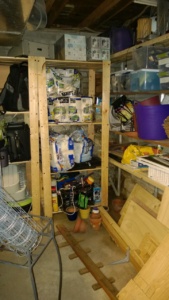 That mess under the table saw is sawdust that’s been colored dark and dispersed from the constant flooding: 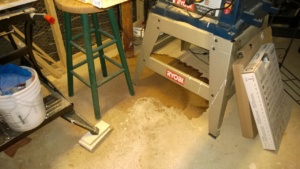 I started pulling everything out of the far right corner so I’d have an unfettered view of the wall for an impending rain storm.  When I moved my wood pile I realized that every single piece had mold & mildew on it and some were even rotted through in places.  WTF!  The wood was up on blocks, the rain water never touched it, but the rot must have climbed up the blocks and into my actual wood.  I’m hoping I can cut off the bad parts and salvage at least half of it…  Is wood like cheese?  Can you cut off the moldy parts and be good?: 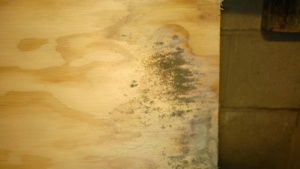 After pulling everything out of the corner and removing 3 of the 4 wall shelves, I inspected the wall.  It’s rock and mortar wall on the bottom with cement bricks above.  I’m guessing that very clean line near the top, where all the bricks are light grey is the part of the foundation above ground level: 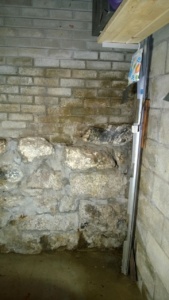 I found a bunch of holes, 2 that you can actually fit your hand in [not that I would in a million years!  Because spiders shudder]: 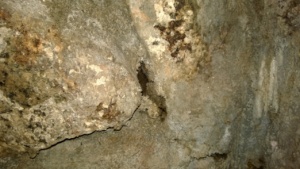 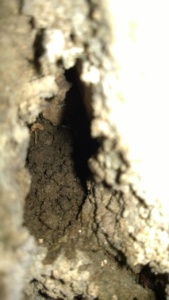 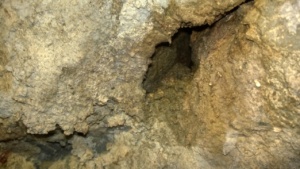 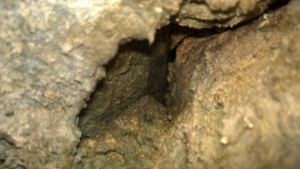 I set up a stool with a Snap-On LED work light [#affiliate] on top pointed at the wall.  The floor looks wet but it’s actually dry.  As is the wall.  They’re just stained dark in places from constant flooding: 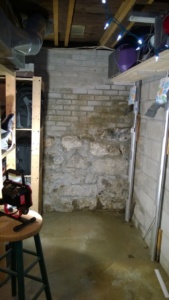 Then the rain came.  I ran upstairs to see how bad it was, and it was coming down in sheets: 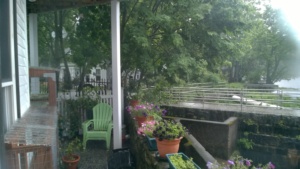 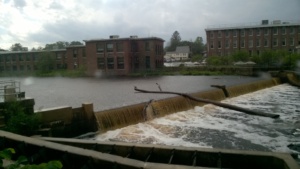 I sat in the cage for 20 minutes until I spotted the first leak.  Then kept checking every 10 minutes or so until I’d documented the 7 areas where water is coming in [the 3 circled in black near the bottom are possible spots, their dampness didn’t appear until the following morning].  The red circled spot = the BIG one – that’s where 99% of the water comes in: 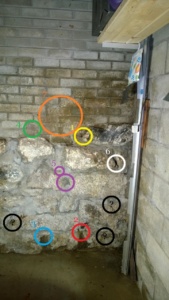 The yellow circle was the first area to become damp.  However, it didn’t really leak water, it just remained damp.  The RED circle is the one to worry about – within an hour of the storm it was dripping like a coffee maker onto the floor, and by that night it was a steady stream: 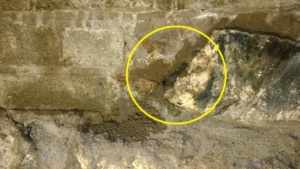 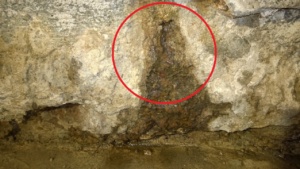 The blue circle is another area where the wall got damp, but water didn’t actually leak in: 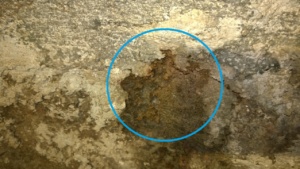 2½ hours after the storm started, the water was already creeping along the floor towards the stool: 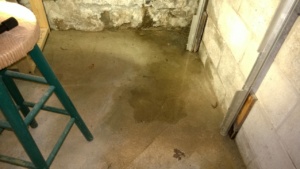 And an hour after that it was almost past the stool: 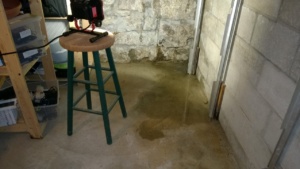 At that point I noticed a little spot blooming on the wall where there had been no wet spot earlier: 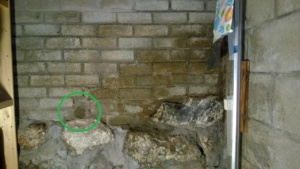 And 3 more areas later that evening that started getting wet, although they didn’t leak much water.  The purple & white circled areas just had minor leaks down the wall, and the orange circle is an area of the cement brick wall which I noticed was darker than it had been before the rain storm: 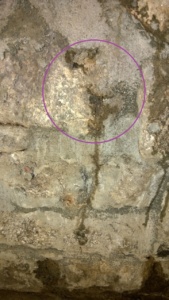 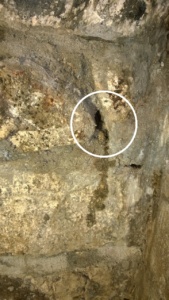 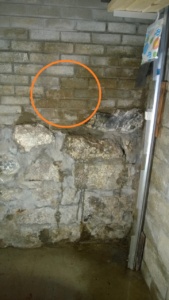 By the next morning the water had crept all the way out of the cage and into the sump pump hole.  The first picture was taken just outside the cage door.  And the 2nd pic is from further into the basement looking back at the cage [on the left] and the sump pump hole [on the right]: 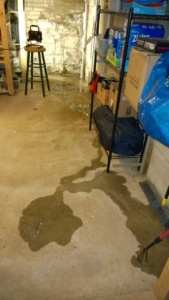 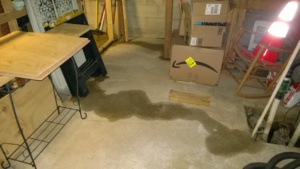 3 other spots appeared damp, but I am not sure if they were from seepage from the already identified spots, or new spots that just took overnight to appear: 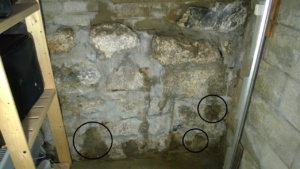 We do have a de-humidifier in the basement, right across from our cage, which drains directly down the sump pump hole: 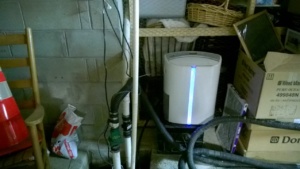 We also hang Damp Rid bags in our cage, which suck the moisture out of the air and collect it in airtight bags.  I hung 4 up in the cage 3 nights ago and they’re already 1″ full: 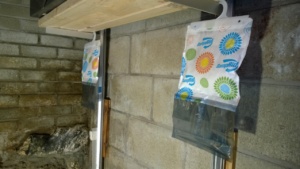 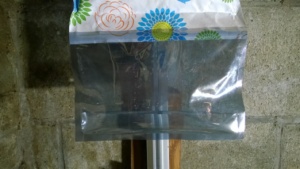 I ordered a 3-part Drylok basement fix kit from Amazon for $40 [hydraulic cement for the larger holes, silicon masonry crack filler for the smaller holes & cracks, and latex sealant for the whole wall], so stay tuned to see how that works out.  But, more importantly, I realized today after work that the gutter on the front left of our house [the one directly over the leaks in our cage] is pointed straight down at the foundation: 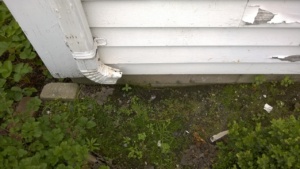 WTF???  All the others are directed away from the foundation.  Stay tuned for my gutter hack which should take care of a LOT of the flooding problem!