Ever since I conquered Decluttering & Reorganizing the Bedroom & 10 annoying projects in 10 days, I’ve wanted to remove 10* items from each room.  Not for any real reason, we don’t have THAT much clutter, but everyone has some.  And by remove I don’t necessarily mean toss.  The majority got tossed, but some stuff was just in the wrong room for whatever reason.  I spent 2 hours today removing clutter from the bedroom, master bath, girl cave, & kitchen.  I was hoping to get the living room, dining room, laundry room, & front hall done, too, but those will have to wait until Part 2.

I removed 10 items from the bedroom, 8 of which I moved to other rooms.  The only things that got tossed were the big jug of vitamin C tabs [which were congealed into a big mess], and the foot cream which expired like 4 years ago:

I removed 16 items from the master bath, 14 of which got tossed & 2 of which got moved elsewhere.  The headband and the toilet seat were the only items that made the cut.  The toilet seat is brand new – I bought it like 6 months ago to replace the one in the master bath, but that one keeps chugging along.  The new seat is now in the basement until we actually need it: 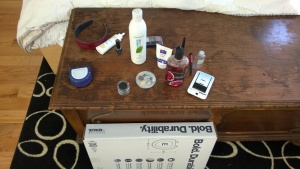 I removed 19 items from the girl cave, 5 of which were moved to other rooms.  The rest got tossed or recycled: 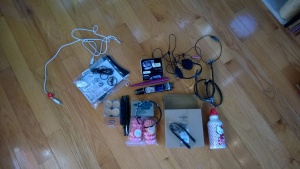 I removed 15 items from the kitchen [I’m counting the stack of Tupperware as 1 item & the collection of expired K-Cups as 1 item].  10 items got moved to the basement [I’ll deal with them next time I clean the basement], the 2 dishes got moved to the dining room to use as plant plates, and the rest got tossed or recycled: 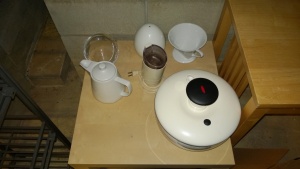 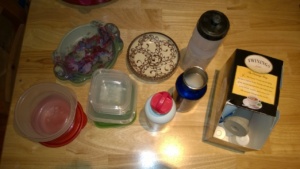 I am happy to be using the pretty dishes as plant plates, it’s better than having them hiding in a cabinet: 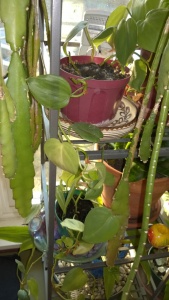 I also cleaned out a whole bunch of crap from our 2 messiest drawers [that’s an “after” shot, by the way]: 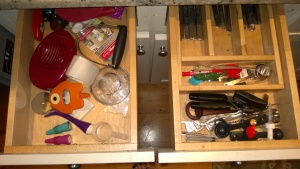 The whole time I was working in the kitchen Darwin was lounging [and purring loudly] in his new favorite hang out: 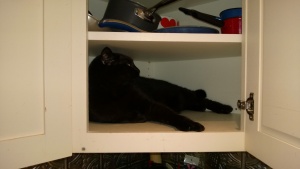 As I worked I collected a bunch of bits & bobs which will be dumped in my large “everything” bucket in the basement cage: 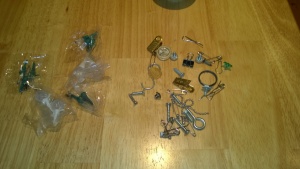 I also cleaned Franc’s cage, cleaned the fish tank, and cleaned 2 litter boxes today.  Phew!  I wish I could bottle my energy to use on days when I have none…  Next up will be removing 10 items [or more] from the rest of the downstairs rooms.

* Hubby asked me what the significance of 10 is, but I’m not really sure.  I guess it’s a big enough number it sounds like something actually got accomplished *nods*.