In case you missed it, here is the previous link for this now-completed project:

We no longer have ugly 1980’s can lights in the master bedroom – woohoo!!!  Last Tuesday I installed the first two LED track lights I’d bought at IKEA, and this afternoon I spent 3 hours installing the remaining two.  I seriously thought I’d been up there for an hour, but I started at 2pm and didn’t emerge from the bedroom until 5pm!  Just in time for Happy Hour – woohoo!  🙂  As I write this, I’m enjoying a glass of well earned Sangria.  Numnumnum!  I’m not very familiar with Sangria, but Jim’s mom loved it and Jim’s parent’s dear friends the Dominski’s make a killer homemade Sangria, so when I was shopping for wine after work yesterday I decided to give it a try, and it’s really, really good! 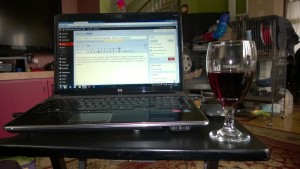 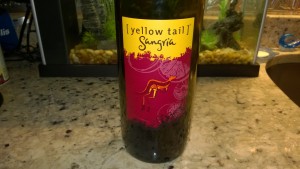 First I set up my ladder under the more accessible can light: 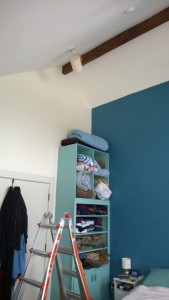 Then scampered down to the basement to kill power to the bedroom: 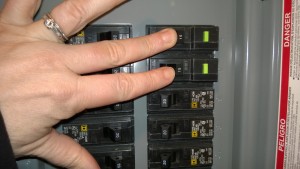 Then I climbed up with my Little Giant Cargo Hold work pouch and set it up at the top: 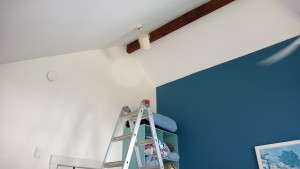 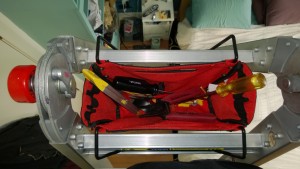 It’s always important to choose proper footwear when you’ll be climbing up and down a ladder: 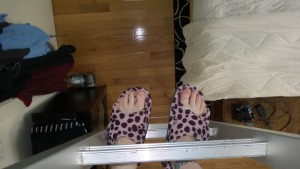 While I was up there I realized just how badly the ceiling is cracked along the wall/ceiling line.  I’ll have to fix that at some point.  It’s very similar to my very first DIY project: 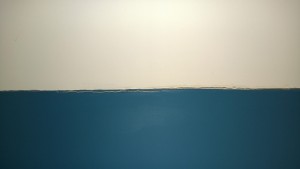 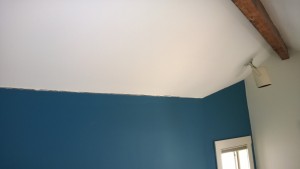 I also realized how many dust-bunnies were nestled along the beam.  Gross.  I grabbed the feather-duster and took care of them: 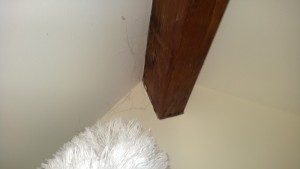 And look how gross the old can light is!  That’s a thick layer of dust: 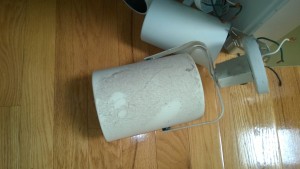 I guess that’s what happens when you ignore the things up in your cathedral ceiling.  Humph.

A few minutes of wiring and the new track light was installed: 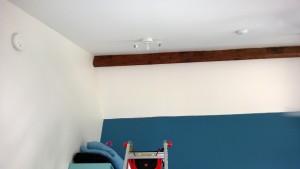 While I was up on the ladder I also organized the cubbie unit above Jim’s built-in: 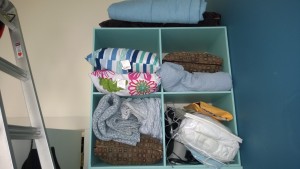 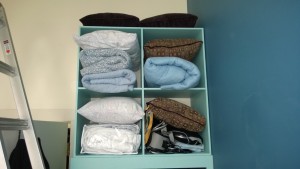 It doesn’t look a whole lot different in the picture, but it looks much better in person!

One more trip up the ladder to install the 3 LED bulbs and light one is done! 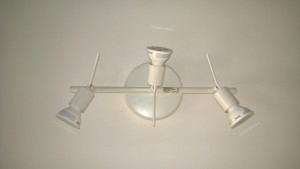 Then I moved on to the 2nd light, which was a lot trickier because it’s higher up and closer to the wall: 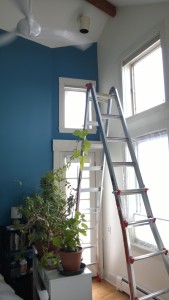 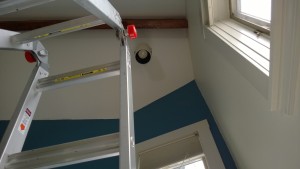 I realized the A-frame configuration of my ladder wasn’t going to work.  D’oh!!!  I even tried shimmying one of the legs out onto the deck, but the doorway wasn’t wide enough, and I still couldn’t easily reach the light: 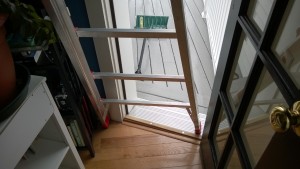 So I had to set it up in the extension-ladder configuration: 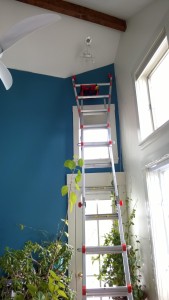 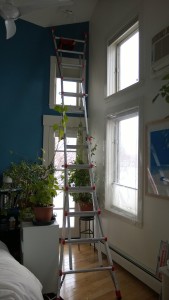 The dust bunnies on that side of the beam were even worse: 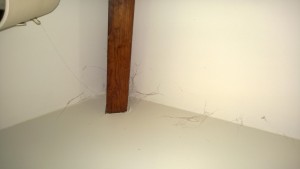 I took care of them, and then, 3 hours after I started, both lights were done: 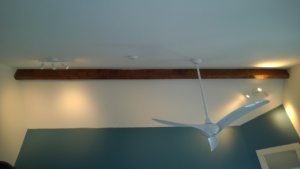 Yay!  Much better than the old cans: 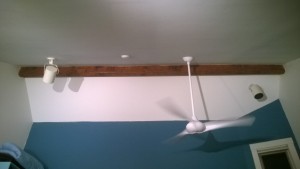 Tomorrow, if I feel like it, I’ll install the 3 lights in the girl cave!