Every year Ipswich, MA does what it calls Ipswich Illuminated.  They set up anchored barges along the River with small bonfires on top tended by kayakers.  They decorate public streets & parks with lights, have activities for kids, have cool artistic light-related installations, and food carts spread out…  it’s very cool!  I’ve enjoyed seeing the River fires since I moved here 6 years ago.  Apparently I’ve never posted any pics on my blog before.  This one’s from 2013: 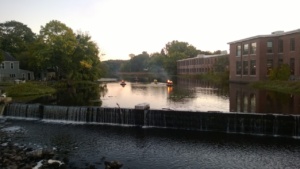 These are from last year [they didn’t do the bonfires on the River last year due to the crazy drought]: 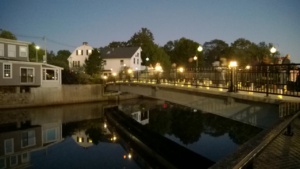 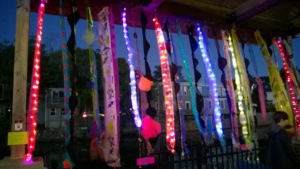 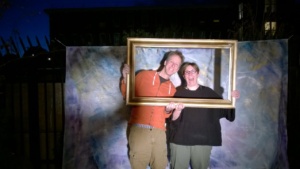 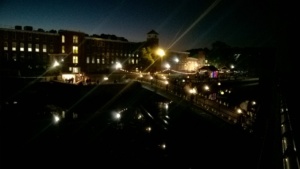 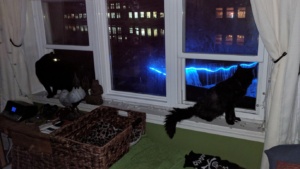 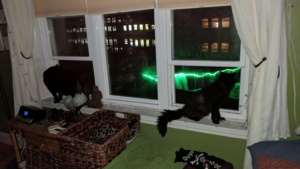 Here’s what it looked like the night of the festival [that’s our house on the left]: 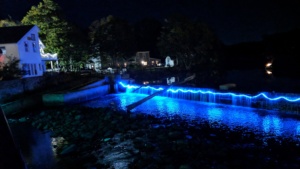 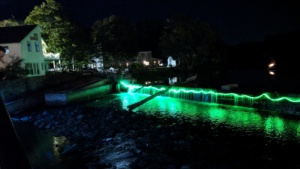 And the Bridge was equally as awesome [with the waterfall lights in the background]: 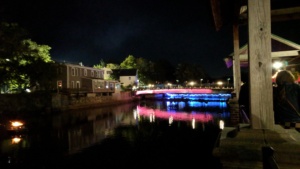 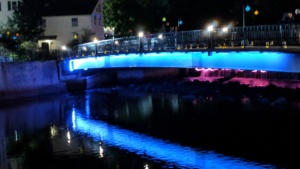 And the tree outside our house [which is part of the Ipswich Riverwalk] is always spectacular [photo on the right from last year – you can see what a difference the drought made]: 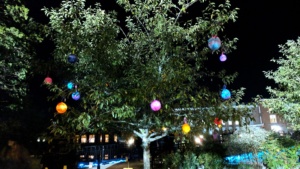 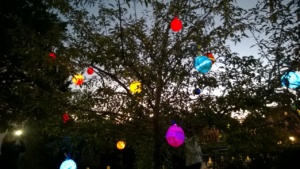 It was cool to wander through town around our house [we’re on the edge of downtown] and see all the cool things set up, like the Choate Bridge and chandeliers hanging from trees: 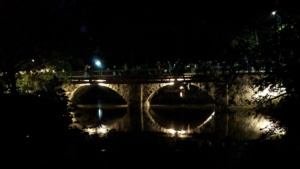 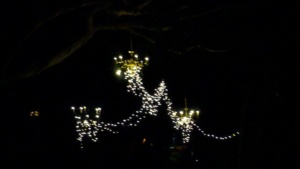 Everywhere you looked there were lights of some sort: 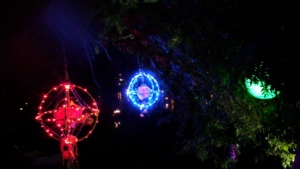 Even our house was illuminated by spotlights [our poor neighbors who live in the 2 condos at the front of the house!!!] because we’re right next to the crosswalk that leads from the Common to the Riverwalk Bridge: 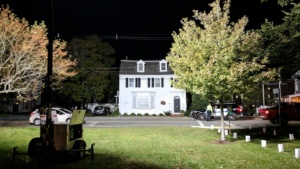