My car is 10 years old – it’s a 2008 Honda Civic Coupe which I bought new [my first and only new car].  For the past year I’ve been noticing weird, ugly, white spots appearing on the roof.  The spots have been getting progressively larger.  I didn’t think there was anything to be done short of having my car repainted.  But last week I googled what the spots could be and learned they’re caused by sun damage.  The sun slowly bakes the clear coat right off.  The center of the spots, where it’s dark, is actually the black undercoat.  I learned on YouTube there’s a pretty easy DIY fix involving a razor blade & a can of clear coat car spray paint, so today I gave it a try.

Here’s a before shot of the area behind the sun roof, and a closeup of one of the spots: 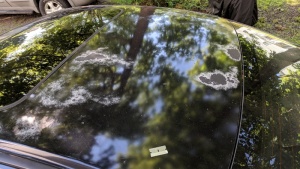 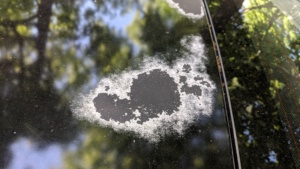 I started out with a plain razor blade but remembered I had a bunch of those little razor blade holders they sell at the counter at most hardware stores.  Much easier!  You have to scrape really gently with the blade, holding it nearly parallel to the paint.  The dried up clear coat comes off quite easily: 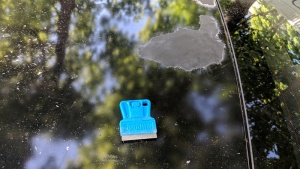 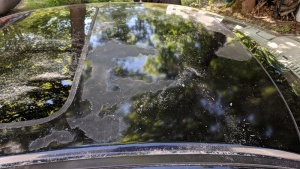 In a few places I accidentally scraped the undercoat right off… oops… but those spots are barely noticeable.  I already had a can of car clear coat from when I’d repaired some rust spots last summer: 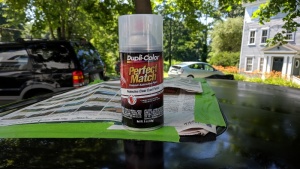 I taped newspaper to the sunroof and back window, then washed the roof with a wet paper towel and sprayed on the clear coat: 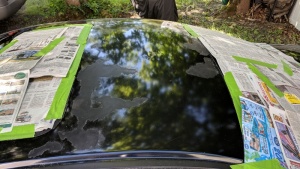 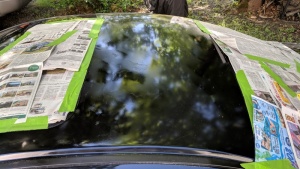 It looks a LOT better!  You can still obviously tell the roof doesn’t look quite right, but it’s not such an eye sore anymore.

Then I moved to the area in front of the sun roof, which was the worst: 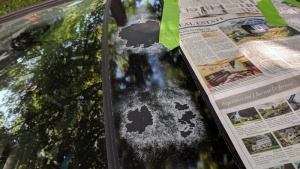 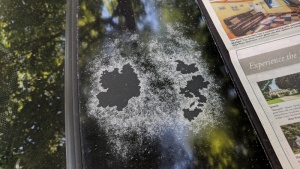 Before and after scraping: 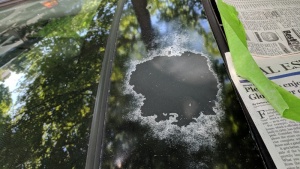 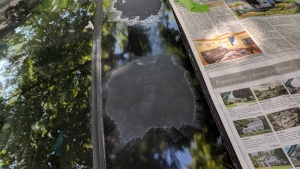 I taped newspaper to my windshield and washed the area: 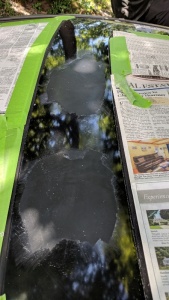 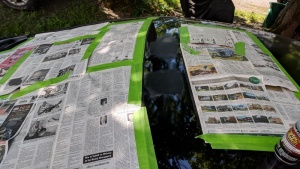 Then sprayed on the clear coat: 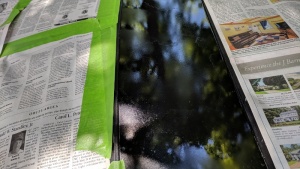 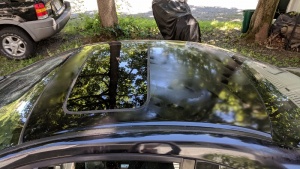 My boss left me a facebook comment: “Wet sand it with 2000 grit sandpaper and put on some more coats.” I will have to try that!

I ended up trading in my car for a newer one in December 2018, so I never have to ever do this again!!!