I was housebound today due to Snowmageddon 2015: 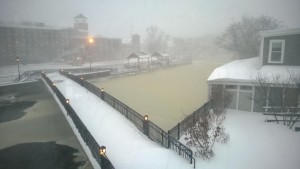 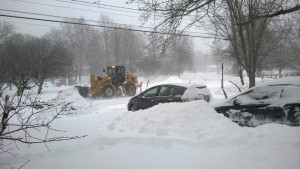 So I decided to tackle one of the items on my 2015 Projects list.  Specifically, getting the cats access to the alcove above our living room TV.  As you saw in Part 1, I bought a new cat tree which arrived yesterday, which was almost high enough: 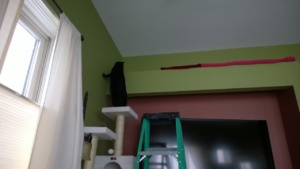 I decided a small shelf attached to the wall between the tree and alcove would be perfect.  I headed down to the basement cage to raid my pile of random boards.  The ramp I built for the dining room cat platform [which was a FAIL] was the ideal width and [more importantly] already painted white.  I pried off 2 of the step grips, clamped it to my work table, and sawed it down to the size I needed: 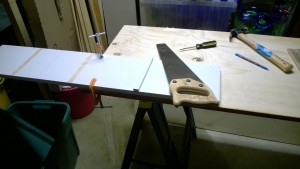 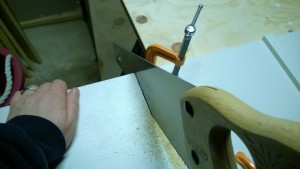 I had to use the handsaw instead of the circular saw because the basement cage is all wet & puddly again: 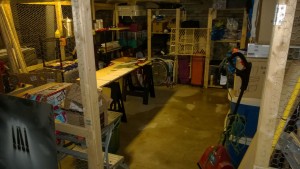 After cutting the board, I broke for lunch.  Amazingly Birdie actually came around the corner, all on her own, to investigate the new tree! 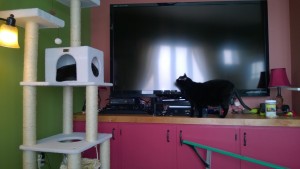 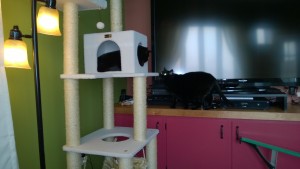 Darwin was already in it, but that didn’t stop her!  She stepped onto the platform, looked up at Darwin, gave him an impressive hiss: 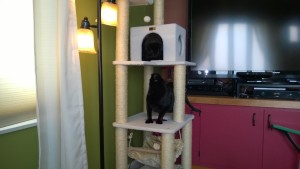 Jumped to the floor [!] and sauntered out of the living room.  Amazing!  She’s very rarely on the floor!  She even stopped to sniff the ladder on her way by: 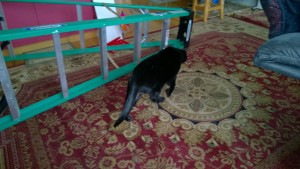 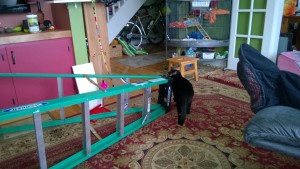 After lunch I set the ladder back up, did some measuring, drilled some holes, and hammered in some anchors: 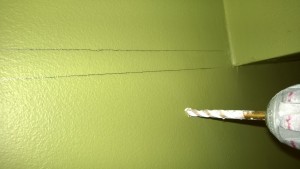 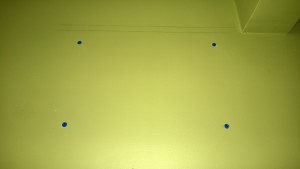 Then attached my red IKEA brackets to the wall & drilled some holes in the shelf: 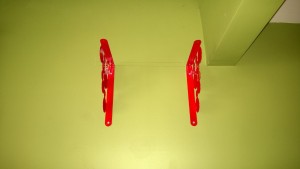 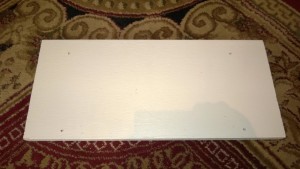 Then it was just a matter of screwing the shelf to the brackets [kind of backwards, but it worked], and voila!  New cat shelf: 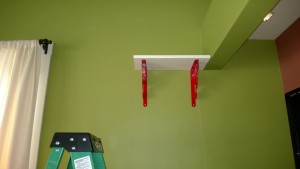 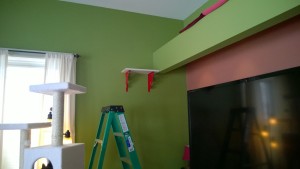 I pushed the cat tree back against the wall [Darwin was snoozing in it the whole time]: 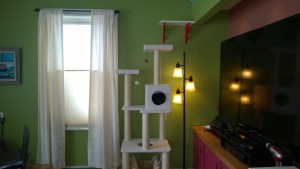 And enticed him out with some fish treats so he’d see the new shelf.  He was like “oooo, what’s this?”: 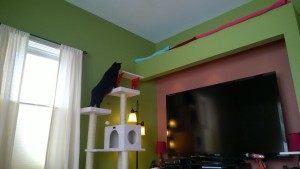 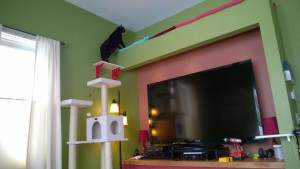 And finally he was up in the alcove!  *happy dance* 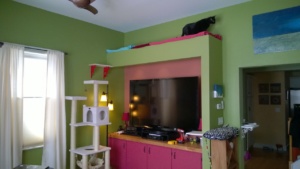 YAY!!!  I put a basket up there which he sat in briefly: 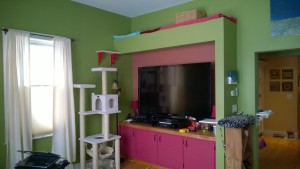 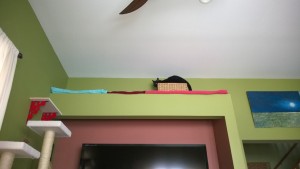 Before settling back onto the new shelf: 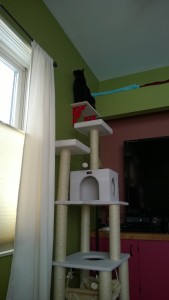 I’m so happy it worked!!!  Now I just have to entice Birdie to get up there!