This is just a dumb little project I did back in late June.  It’s a square of ceiling in the stairwell, near the bottom of the stairs.  It looked like it had been primed white, but never painted, so it always had a slightly dingy look to it.  It’s been bugging me since I moved in!

I debated whether to paint it white like the nearby ceilings, or green like the surrounding walls, which are Benjamin Moore Grasslands: 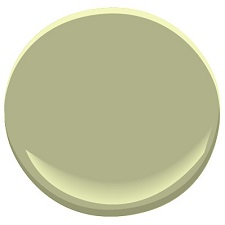 With the angle it’s at, it could really go either way.  I decided to go with green.  I think it turned out awesome.  My “before” pictures are fairly horrible, but the afters came out pretty well.  Before on the left, after on the right: 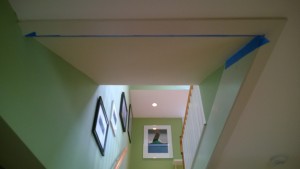 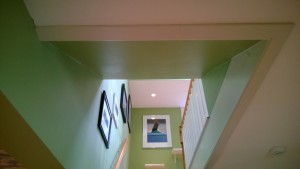 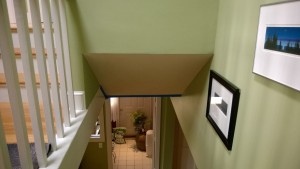 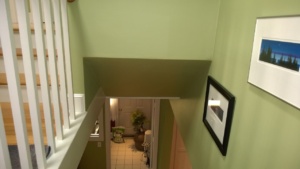 I think green was the right way to go 🙂 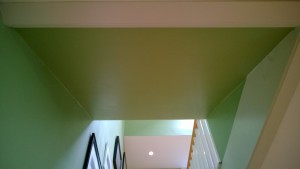