I’m on a roll lately!  First I built a screen door, then I went to the dump, and now I’ve replaced the window screen in our front hall using the spline/roller method.  The window in the front hall has never been open, due to the old screen being ripped out before hubby bought the place.  All that was left were the remnants of the old spline and the dregs of a metal screen.  You can’t see the window from the street, it’s on the back side of our front entrance hall: 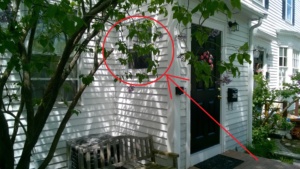 Unfortunately the only way for me to reach the screen was to stand on the air conditioning unit under the window: 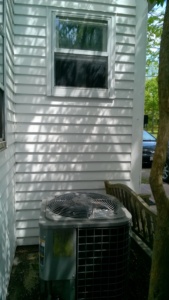 Some screens are attached to their frames with spline, which is like black rubber string.  You mash it into a groove around the perimeter of the frame with a special tool called a spline roller, which you can buy at most hardware stores.  I bought my screen, spline, and spline roller at Home Depot.  I learned about spline when I was researching how to craft a DIY screen door for the deck.  Once I knew about spline, I got the brainstorm to check the front hall screen a little closer.  It had never occurred to me it would be such an easy fix!  It took me less than 10 minutes to go from no screen to new screen.

First I used an awl to pry out the old spline: 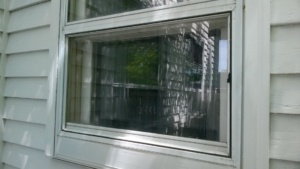 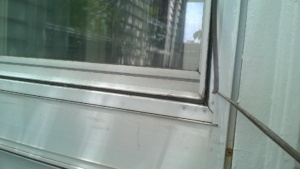 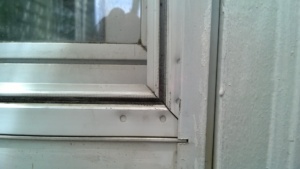 Then I cut a piece of mesh screen from the roll I’d used for the screen door.  I eyeballed the size.  You want to leave at least an inch of extra screen around the outside so the spline has something to grab onto.  I hung it in place with blue painters tape: 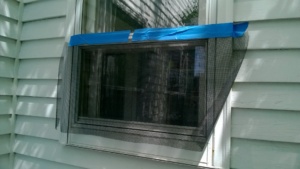 Then started along the top by squishing a piece of spline into the groove and using the roller to really press it in there.  I tried using one piece of spline for all 4 sides, but spline doesn’t bend easily, so I ended up using 4 pieces: 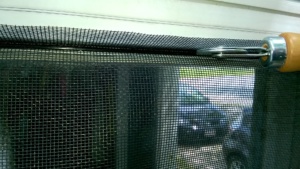 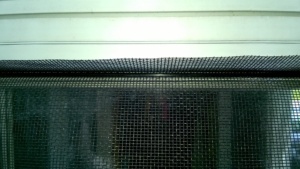 Once the spline was in place, I trimmed [not very well] around the edges, and I was done: 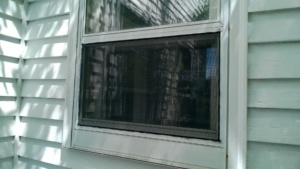 Seriously, from start to finish this job took less than 20 minutes, which included having to go back into the house for painters tape and scissors.  I think another time it would take about half that.  It’s so nice to have the window open in the front hall and feel the River breezes blowing in: 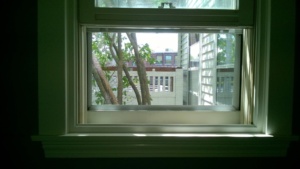 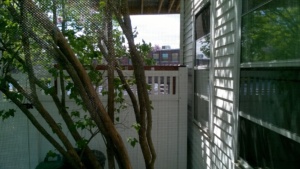 While I was rolling up the spline, Darwin tried to eat it: 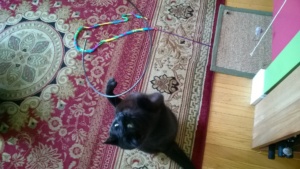 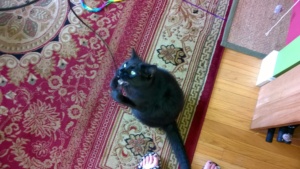 Then gave me the cold shoulder when I wouldn’t let him have it: 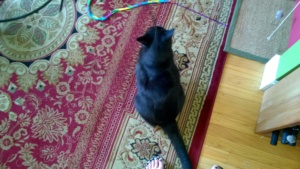 I almost named this blog post “Darwin Ate My Spline” because it made me laugh, but I thought most people probably wouldn’t get it…