PART 1 – FINDING THE SOURCE
PART 2 – GUTTER HACK
PART 3 – HYDRAULIC CEMENT
PART 4 – COMPLETED?
PART 5 – I FELT LIKE THE LITTLE DUTCH BOY TODAY
PART 6 – WHEN THE POWER GOES OUT SO DO THE SUMP PUMPS
PART 7 – I THOUGHT I WAS DONE

About a year ago I spent a few weeks patching the back wall of our basement cage with Drylok hydraulic cement and painting on 2 coats of Drylok masonry waterproofer: 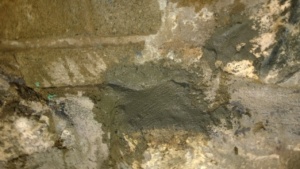 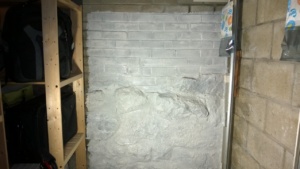 For the most part it worked really well!  Things held up until March… when this happened: 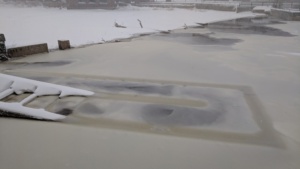 Tons of rain and a 3 foot storm surge.  Our basement cage got wet again: 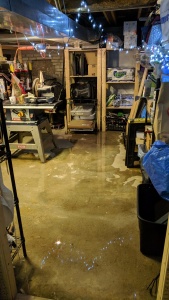 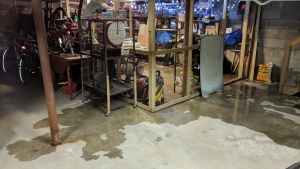 The back wall that I’d worked so hard to treat actually held up remarkably well.  It was the back right corner, adjacent to that wall, that started flooding.  I’m guessing it’s because the water couldn’t get in via it’s normal routes so it crept around the corner to the areas I hadn’t sealed.

I cleared everything off the wooden IKEA rack in the corner and moved it out of the way so I could keep a better eye on the flooding: 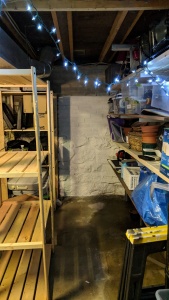 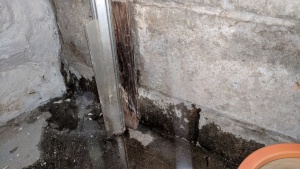 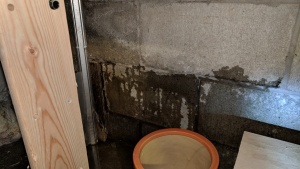 And by 2pm it had crept upwards to about 18″!  I’m guessing it was mimicking the water table outside: 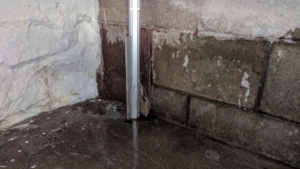 THEN, a week later, THIS HAPPENED – another ton of rain and 3 foot storm surge followed by a 24 hour power outage which took out our sump pumps and left our basement flooded under 4″ of water: 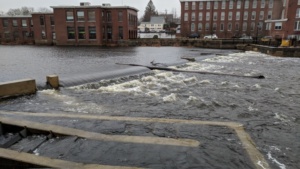 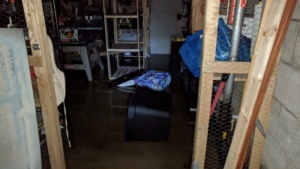 That was a very stressful night.  It took a few weeks for the basement to dry, and we had to haul a whole bunch of stuff outside for the junk man to pick up.  I gave up on the wall for a couple of months and revisited it a few weekends ago.  I bought more Drylok hydraulic cement and patched the holes in the original wall and the new areas on the right corner wall: 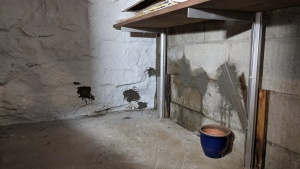 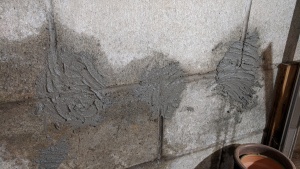 I also bought more Drylok masonry waterproofer and painted the wall with it after the cement had dried overnight.  I didn’t realize I’d bought cement-colored waterproofer… I assumed it only came in white since that what I had unwittingly bought the first time around.  Oh well… the light grey doesn’t look terrible, it just looks weird over the white, but that part is usually hidden behind a storage rack so it doesn’t really matter: 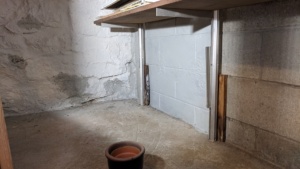 I was able to put the IKEA shelf back and get our cage back in order once it dried, which made me very happy!: 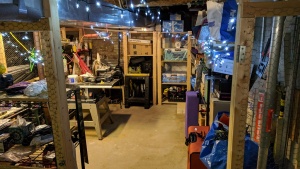 While I had the waterproofer out, I decided to also seal the wall alongside our basement stairs which flooded in the Fall of 2015 when the garden hose was left on overnight [pics from 2015]: 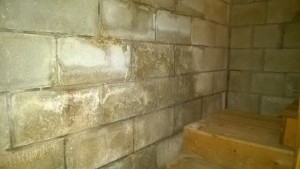 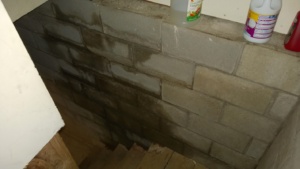 I fixed the problem in 2015 by installing a piece of gutter extender and it’s still working gangbusters today!  But I decided if it ever happened again I wanted to be prepared, so I sealed that wall [I started by only sealing the areas that had gotten wet, but then went back and painted the whole wall so it would look better]: 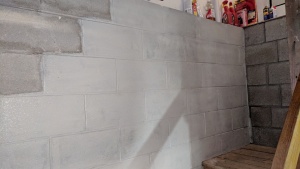 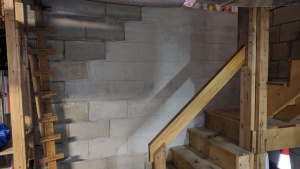 I also sealed the wall heading up the stairs [straight ahead in the following 2 pics] even though that’s an indoor wall and won’t ever flood… sometimes the OCD gets the better of me!: 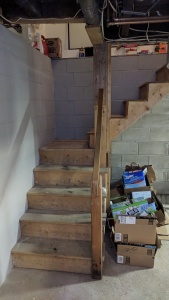 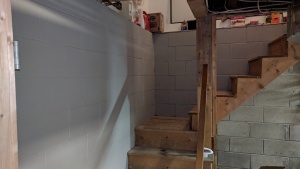 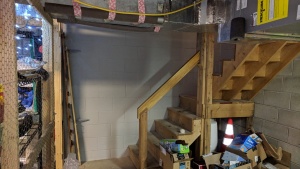 I still need to seal the giant wall that borders the River, which is in my neighbor Kathy’s cage.  That will be next and will be an all-day project!

Join 21 other subscribers
← I Hate Cleaning our Fence ← We Haz Grass!