Ever since building the catio in 2015, it hasn’t needed much care.  Last summer I swapped out the chicken wire for welded wire and added a homemade sleeping box: 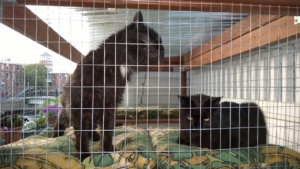 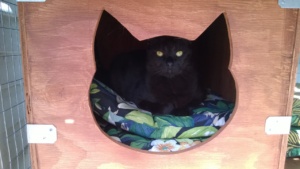 The catio still looks great and has no structural damage, despite some carpenter bees spending an uncomfortable amount of time investigating it lately: 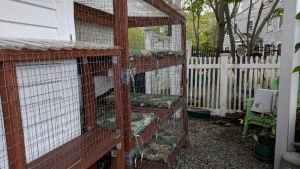 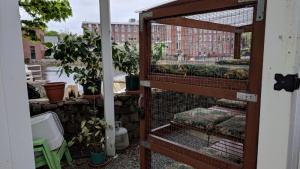 But some of the staples had pulled out over the winter: 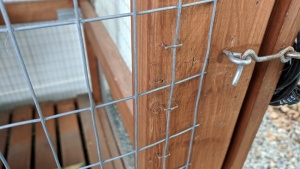 Leaving a gap which was a little too large for comfort 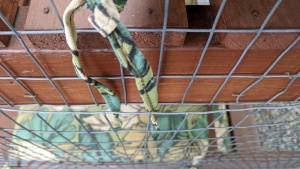 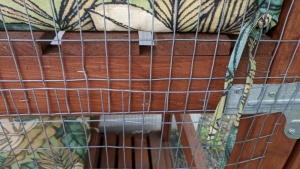 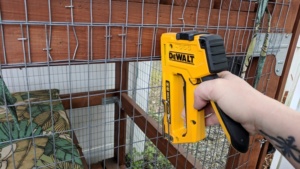 And I was satisfied Darwin wouldn’t be able to worm his way out: 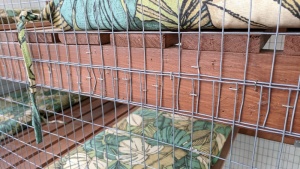 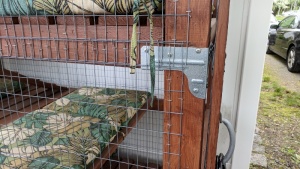 I also bought some red, black, and purple petunias 2 weekends ago, which have since grown much bigger, but here they are when I first potted them: 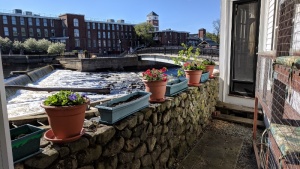 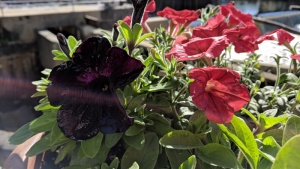 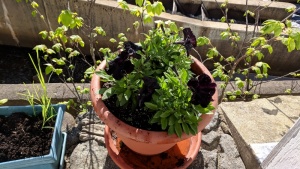 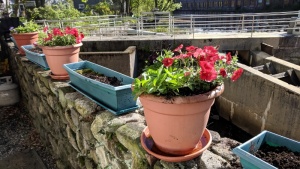 And a red Mandevilla vine which will hopefully wrap around the fence and take over like the one I had a few years ago did: 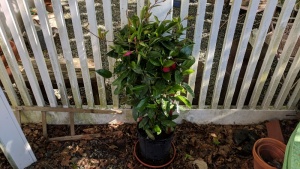 Notice how nasty and green our fence WAS.  I say was because I spent a grueling 2 hours today cleaning it.  The part in the yard you can see, and also the entire front which borders our driveway, but that’s a post for another day.