Last March I went to IKEA and bought a bunch of stuff including new lighting for the master bedroom and girl cave.  I installed the master bedroom lights right after my trip, but didn’t install the girl cave ones until today, over a year later…  oops.  This was one of the items on my 2016 Projects list. 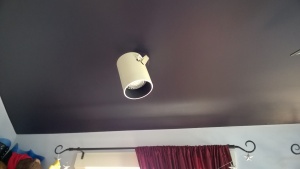 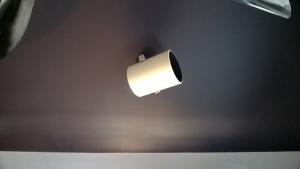 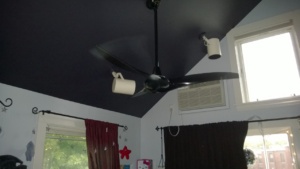 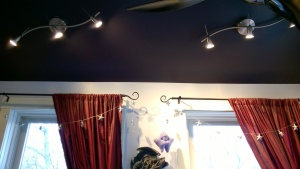 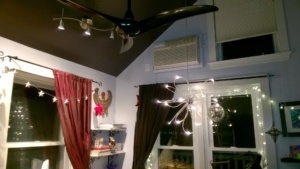 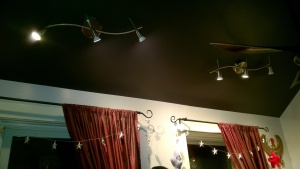 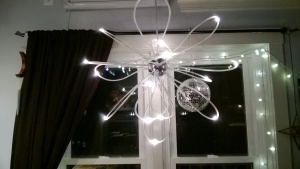 I LOVE my new lights 🙂  Especially the chandelier which looks like an atom.  Stay tuned later this week for why the new track lighting will be extra helpful to me!

Here are some installation shots.  Of course my first step was turning off the circuit breaker in the basement, and using my voltage tester on each ceiling box.  Thankfully all 3 can lights popped off the ceiling with a lever, leaving simple covers to remove: 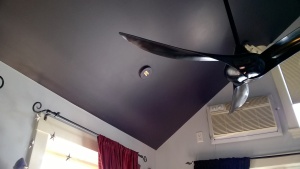 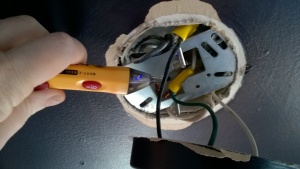 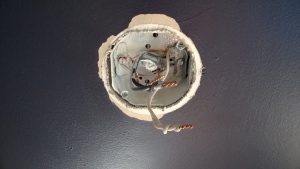 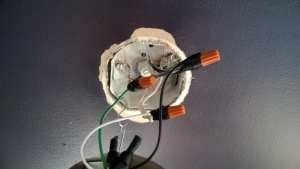 The stupid base of the LED chandelier wouldn’t sit flush with the ceiling [it relies on gravity and a hook/eye thingy instead of a simple screw like the track lighting bases] so I used Sugru for the first time.  Sugru is AWESOME [pronounced “Soo-Groo”].  While the Sugru set I used duct tape to keep the base flush with the ceiling.  After 30 minutes I removed the tape and so far, so good!  I’m relying on the dark color of the ceiling and the height of the chandelier base to hide the Sugru…: 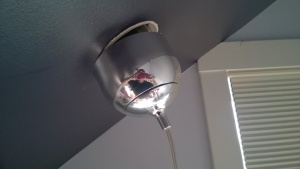 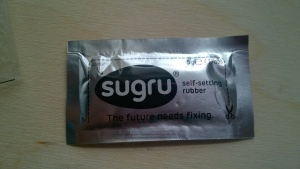 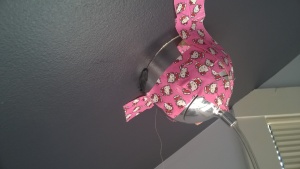 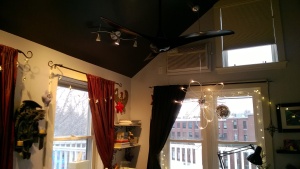 Stay tuned for my next post, which will reveal my new, much improved WORK SHOP!!!

I finally gave up and removed the Onsjö “firefly” LED chandelier from the girl cave ceiling.  It never sat well on the ceiling, and even though it was cool looking, it gave off very minimal light.  I’m going to replace it with a spot light soon.  I need as much light as possible when I work on art and stained glass!