[16] In early September I got tired of always tripping over the dryer rack we use about once a year when we have sneakers or something else we want to dry without spinning.  I decided the perfect place for it was on the wall above the washer and dryer, so I nailed in a few nails and hung it up.  Now it’s out of our way but still easy enough to access when we need it: 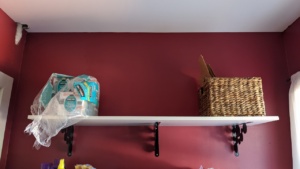 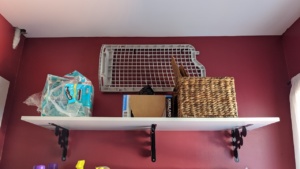 [17] Over the summer I got sick of our area rugs always sliding around.  I ordered some rug stickers from Amazon and in early September I installed them [the kit I used it no longer available [???] but this kit [#affiliate] is very similar]: 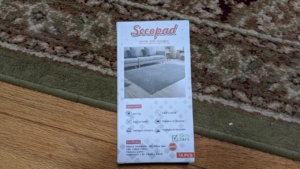 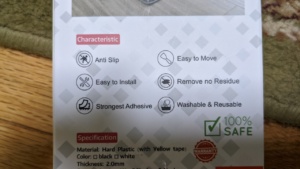 The stickers are double sided and labeled so you know which side goes where.  I found them to be very easy to install.  The package came with a ton, so I used them liberally on our runners: 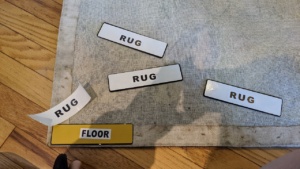 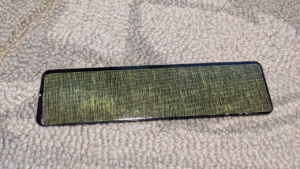 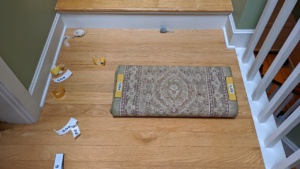 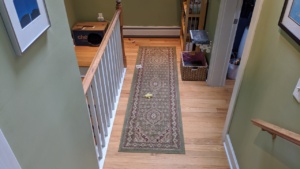 I think I used 6 for the cat rug leading to our entrance hall.  One of Darwin’s games has always been to run down the hall and slide on the cat rug into the front hall.  He can’t do that anymore: 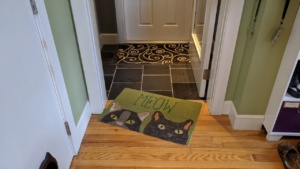 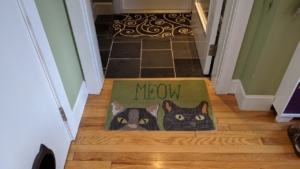 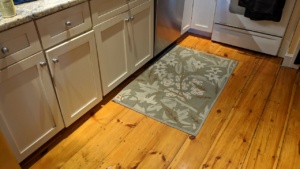 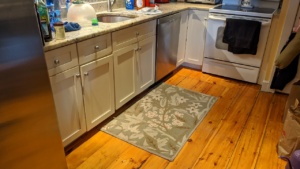 All 5 rugs I used the stickers on have stayed put since September.  No issues at all.  And the company swears the glue can easily be removed from any type of floor…  I have a spare kit for when/if these ones fail.  Some of the reviews said after 6 months their rugs started to drift again.

[18] In October I decided to take care of our 3 doors that always either swung open or swung shut.  The bedroom door was the worst – it was always swinging open and blocking hubby’s path to the bed.  I found this awesome video online which says to take one of the hinge pins out, slam it with a hammer to put a slight dent in it, then hammer the pin back into the door.  Problem solved.  IT IS LITERALLY THAT EASY.  When I took this picture of the bedroom door it was slowly swinging open: 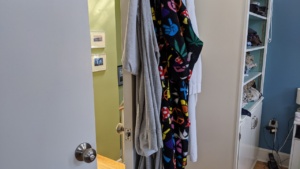 I removed a hinge pin, took it outside, gave it a couple of good whacks, then put it back in the door: 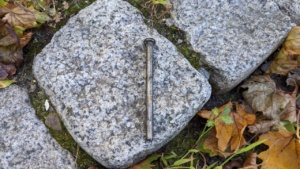 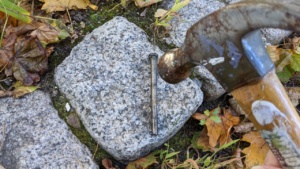 Now the door can be placed half open, or even almost all the way closed, and it stays exactly where we leave it.  It’s AMAZING: 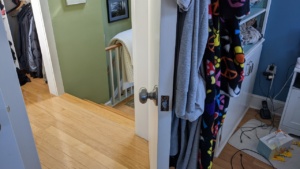 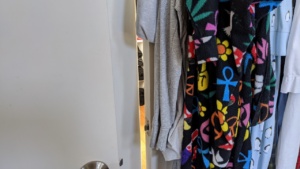 Another door I fixed this way was the door leading from the living room to the back yard.  It had the opposite problem – it would always swing halfway shut instead of staying open all the way against the wall.  The hinge pin trick worked like a charm.  BEFORE & AFTER: 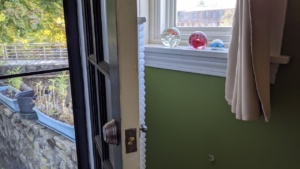 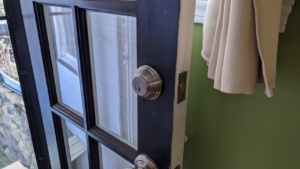 [19] In late October one of the wall outlets in our living room stopped working.  Flipping the circuit breaker in the basement didn’t help.  This outlet has it’s own circuit breaker.  All the rest in the room are on a different circuit.  Very odd.  So I shut off power to it, and tested to make sure it wasn’t “hot”: 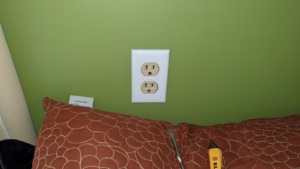 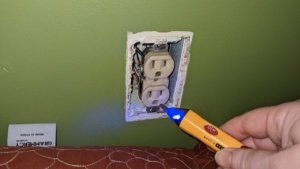 Then grabbed a spare receptacle from the basement [I have a whole bag full, in preparation for changing out our beige ones with white] and installed it.  When I turned the power back on to the outlet, it worked great!  And continues to do so.  An easy, 5 minute fix: 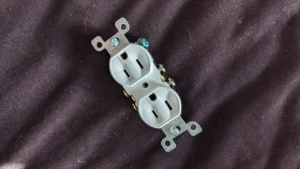 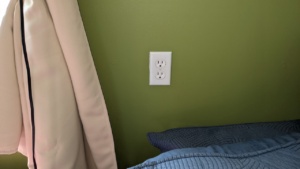 [20] My last small project for 2020 was to staple gun a piece of clear, thick, shower curtain liner [#affiliate] to the outside of the deck screen door.  Hopefully this will prevent the winter rain and snow from accumulating between the 2 doors and rotting the wood, which has become an issue.  So far so good!: 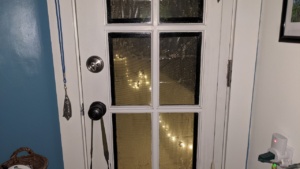 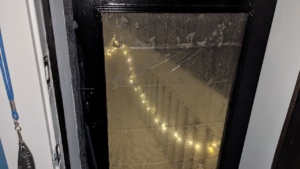 Join 21 other subscribers
← Bin Cages for the Mice ← Burnout