I know most people have doors & locks on their basement cages.  We never have.  When I moved into the condo back in 2012 the cage door was already leaning against the wall around the corner from the cage.  I never felt the need to put it back on.  Until now.  Two weeks ago our dear friends & neighbors Kathy & her daughter Morgan moved out.  Thankfully they only moved up the street.  The guy who owns the condo they rented for the past 10+ years is selling it, so they had to move.  Last week I went into our cage and noticed someone had been in there.  For decades I’ve kept all my little spare nails & bolts in a cylindrical Tupperware container.  The container is something my mom used to fill with congo bars [blond brownies] whenever I had girl scouts, or my brother had boy scouts.  It’s been with me since the 70s!  Last week I noticed someone had taken that little Tupperware, dumped my stuff out into a Home Depot container, and took off with it.  All that’s left is the top: 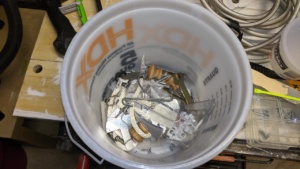 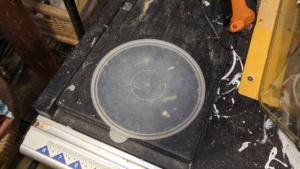 WTMF’ingH.  I’m not going to spell that out.  I’m seriously bummed.  Yeah, obviously it’s not a huge deal, but I never thought I’d be without my little container.  I keep checking the cage every day hoping someone returned it, but so far, no.  My best guess is the painters or carpenters hired to fix up the vacant condo needed something and it was “just the perfect size” so they “borrowed” it.  So mad.  I haven’t mentioned anything to the condo owner, I don’t think there’s much point.  It either comes back, or it doesn’t.

So today I put the cage door back on our cage.  So sad.  I noticed very fast that I couldn’t just reattach it using the original hinge holes – it literally looks like it was ripped from it’s hinges.  I asked hubby and he remembers when he moved in the cage door was kind of hanging off all askew so he removed it.  Here’s pics of the hinge holes on the door, top and bottom.  The wood is very damaged: 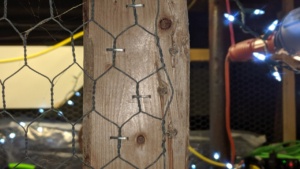 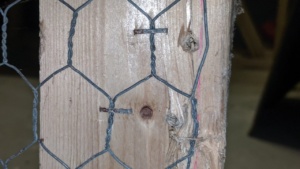 I removed the little doohickey the padlock goes through: 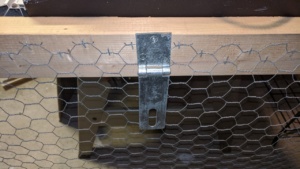 So I could flip the door around and reattach the hinges on the fresh side.  The hinges were still attached to the door frame: 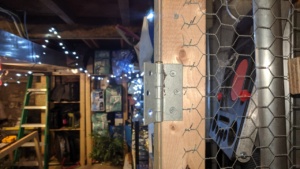 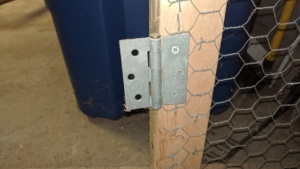 I placed a little piece of wood on the bottom of the door frame & balanced the door on it: 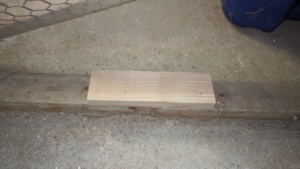 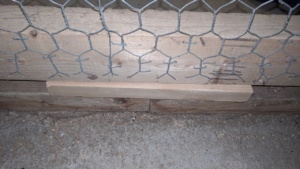 Then marked where the new hinge holes needed to be, pre-drilled some holes, and reattached them: 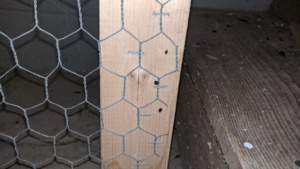 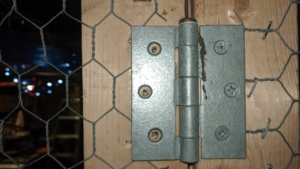 When I held up the doohickey to line up with the existing catch, I realized it needed to be lowered or it wouldn’t fit.  So I removed the catch, lowered it and screwed in the doohickey: 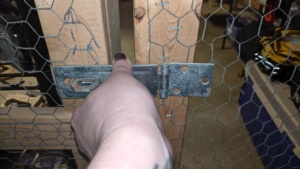 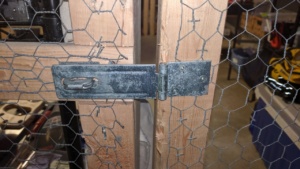 For now the cage is locked with a zip-tie until I can either find my padlock or buy a replacement: 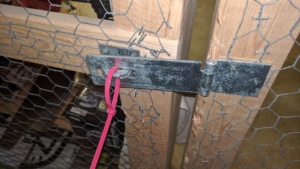 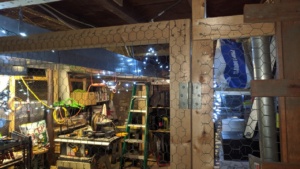 I will leave the cage door locked until the construction is done on the other condo and the new owners have bought it and moved in and I can determine if they’re trustworthy.  Since we are going to have new owners I decided to also make labels for the 3 cages and 2 auxiliary storage areas in the basement.  We are #63: 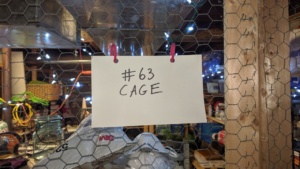 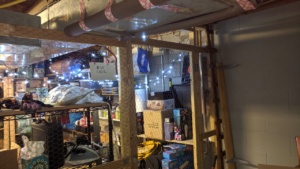 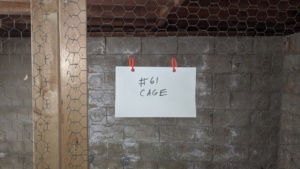 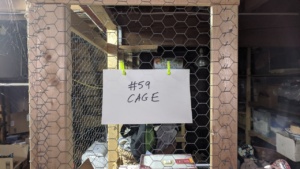 #61 has the biggest cage, so 5 years ago I cleaned out and commandeered a shelving area in the basement as our auxiliary storage: 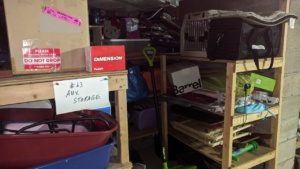 And the studio condo gets the other auxiliary storage area: 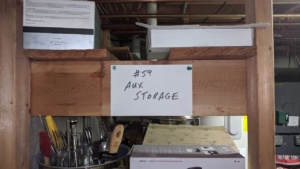 After that was done I cut up about 100 boxes and bundled them up for recycle day: 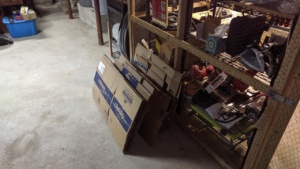