This past August I decided to craft 2 stained glass nautical stars.  I had promised a coworker I’d make her a star, and she really likes nautical stars, so instead of my usual star pattern I found a new one online: 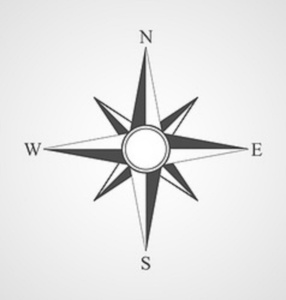 I originally attempted to cut 2 pieces of glass per point, like in the template, but the ends were too narrow and kept shattering.  Before wasting too much glass I decided one color per point would be fine.  I made 2 stars, one for her and one for me.  I chose a blue theme for hers, and a pink theme for mine: 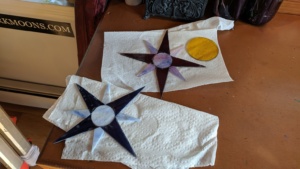 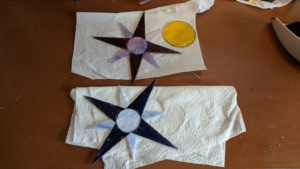 If you look at the pics above, I initially cut the center circles to match the star points, but decided a 3rd color would look nicer.  I chose a brighter shade of blue for her center, and yellow for mine: 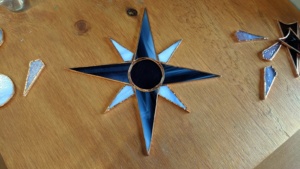 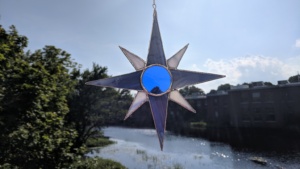 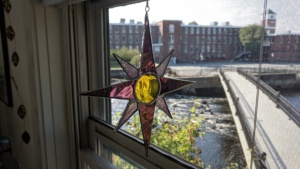 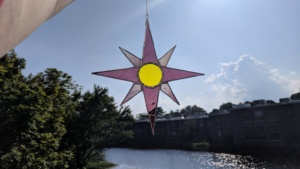 After photographing the finished stars I lay them on the bed for safekeeping: 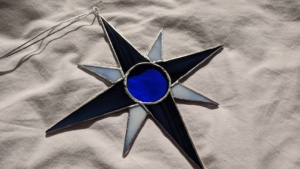 And noticed their reflections looked REALLY cool on the white duvet cover: 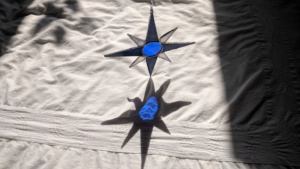 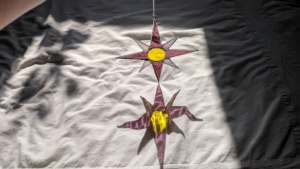 She hung hers in her kitchen window, and mine is hung up at work [here are early morning and a late afternoon shots]: 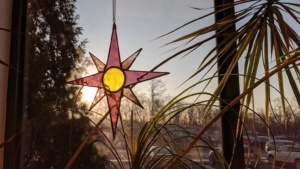 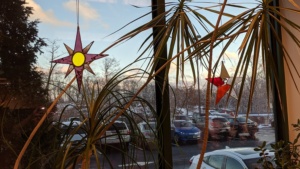 My German sister’s stained glass star is also hung in my office, as is my disco ball which makes beautiful spots on the walls and ceiling: 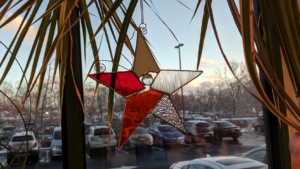 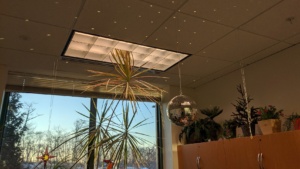 I love how the stars reflect on my wall when the sun hits them the right way: 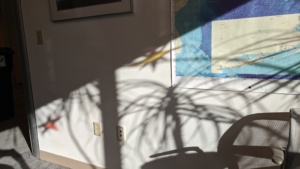