One of the blogs I’ve followed for years is Lyn’s Escape From Obesity.  She’s amazing, insightful, and inspirational.  She recently started a virtual bicycle ride across the US from Washington State to NYC.  She rides a recumbent bicycle at home and has been logging her miles into MyVirtualMission.com to track her progress.  I started riding 30 miles a week on the recumbent bike at the local YMCA last month, so I decided to sign up for my own virtual mission [it’s free, so why not].  I didn’t really have a specific destination on the west coast, so I randomly chose the Seattle Aquarium.  And the awesomest part about that is I keep having nightmares about the Seattle Aquarium.  WTF?!?  Never been there.  Hope to be someday, unless the monsters I keep seeing in my dreams [think giant tentacles slamming into glass] actually exist *shudder*.  GAWD.  Here’s what my planned ride looks like: 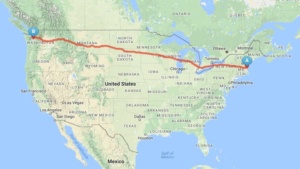 It’s 2,923 miles from my house to the Seattle Aquarium.  MyVirtualMission estimates at my current rate I’ll get there in July 2018.  HA!

Lyn posts Google Street View screenies from her trip [myvirtualmission.com has a google street view feature so you can see what each place you ride through looks like], so I figured I’d do the same, at least once in a while.  I ride 10 miles a day at the gym, 3 days a week.  So I am going to pretend that each ride is one day on my journey across the country:

On my first ride, I [virtually] left my house and banked a left through beautiful, historic Ipswich: 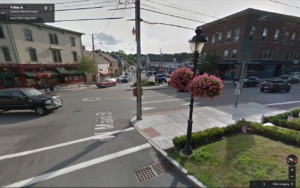 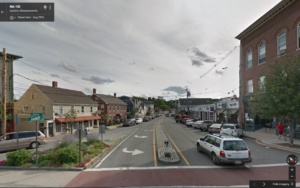 On a side note, I just realized I made it onto Google Street View last August, while I was photographing our house for this blog!  HA HA HA!!!  That’s me crouched down taking shots: 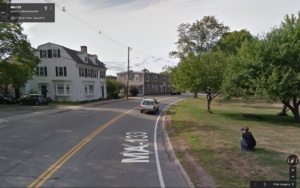 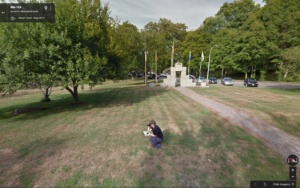 That’s so cool!  We already knew Jim had been captured – when he saw the Google camera car coming he started waving his arms around [LOL]: 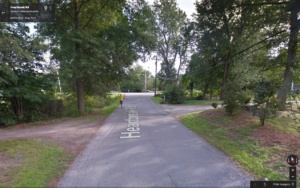 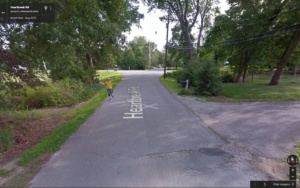 But I didn’t know until just now that I’d been captured, too!  How random.

Anyways, getting back to my virtual ride, on my 2nd ride I [virtually] rode past the Boxford, MA farm house where I lived when I was 6: 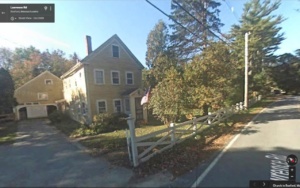 On my 7th ride I [virtually] crossed the border into New Hampshire – woohoo!: 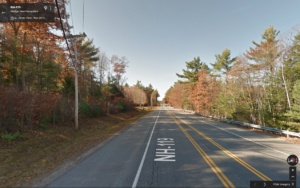 And on my 11th ride I [virtually] crossed the Connecticut River into Vermont: 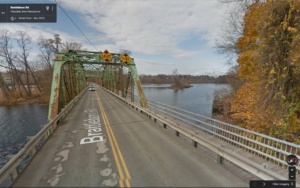 As of last night, after my 14th ride, I’ve traveled 140 miles from home and will spend the [virtual] night in Bennington, VT.  I have never been there in real life, but it looks quite beautiful: 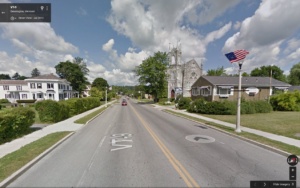 Here’s how far I’ve ridden in 14 trips to the gym: 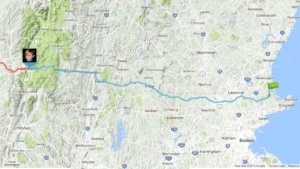 What a cool website.  Apparently a lot of people use the website to virtually walk the Appalachian Trail or the Great Wall of China.  Neat!