On 4/2, Hubby and I flew to Oahu, Hawaii.  We’d never been to Oahu before – our previous trips have taken us to the Big Island in 2014 & Maui in 2015.  Oahu is the most populated Hawaiian island, with about 1M residents.  It includes the state capital of Honolulu and famous landmarks like Waikiki Beach and Diamond Head crater.  Conversely, the Big Island has roughly 200k residents, and Maui has roughly 160k residents.  It was a big change to visit such a populated island – my social-anxiety-ridden self was very nervous about going.  But it ended up being OK!  Walking around the Waikiki Beach area, where our hotel was, was similar to walking around Boston [asides from the scenery of course!].  It was doable.

The awesome chairs at JFK airport where we had a 3-hour layover, and a view of Oahu from the air: 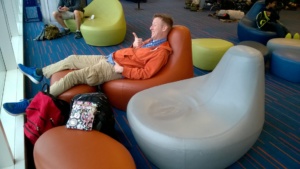 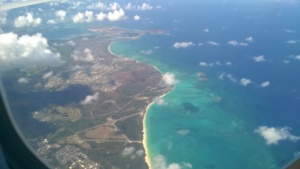 Our hotel wasn’t great, but was good enough.  It was half a block from Waikiki Beach and very cheap for Oahu standards [$140/night].  It also had a kitchenette, which proved invaluable for cooking soup later in the week as my stomach bug got worse and worse.  As most people already know, I was sick with a stomach virus the entire time we were in Oahu, and for another week after getting home.  I lived on bananas, crackers, and soup.  It kind of sucked, but hubby was a trooper and we still managed to do plenty of sightseeing, hiking, and swimming.  Our hotel room looked out over sky-rises and mountains, but if we stuck our heads out the window we could see Diamond Head crater off to the right which was pretty sweet: 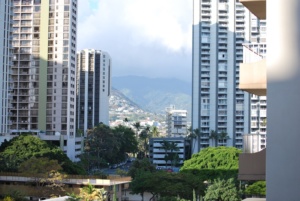 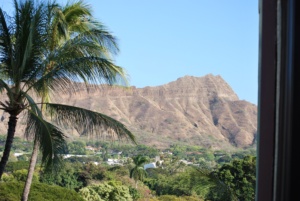 This was our first Hawaiian vacation without a balcony or porch [I know, poor us].  We really missed sitting outside feeding birds while sipping our morning coffee & tea.  However, we started putting crusts of bread and crackers on the air conditioner outside our window and quite a few birds came to see us, like this little guy: 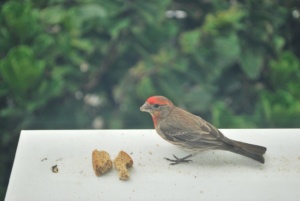 One great thing about our hotel [circled in black] was it’s proximity to the beach, the zoo, the aquarium, and almost anything we needed [like bananas and crackers at the ABC stores on every corner]: 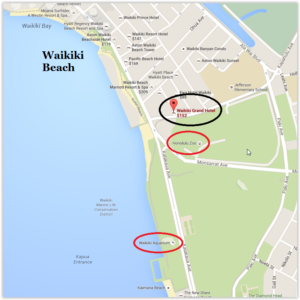 The zoo had a peacock and every night we’d hear it yelling “me-NOW!  me-NOW!” even though our window was shut and the AC was running intermittently.  Makes me wonder how people can keep them as pets and retain their sanity.

Here are some random pics from our first few days on Oahu:

We played in the water: 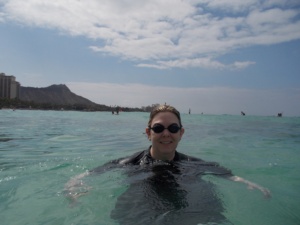 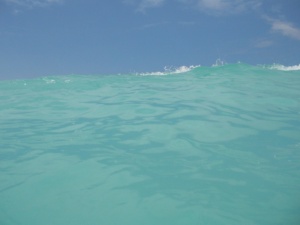 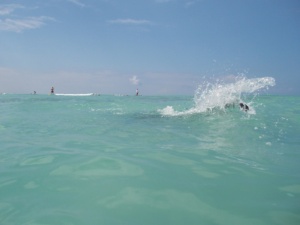 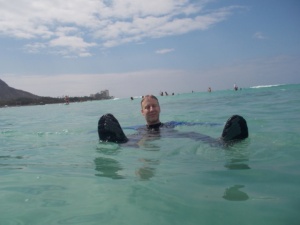 SIDE NOTE:  Those are my new Speedo PRESCRIPTION GOGGLES – life changing!!!  You can get them online for < $20, and they come clear or tinted.  It was utterly amazing to actually see things underwater.  Rocks looked like rocks instead of lurking sea monsters!

We tried poi [something hubby has been wanting to try for 3 years]: 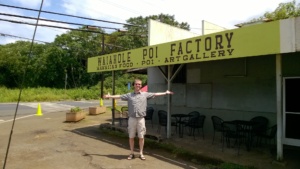 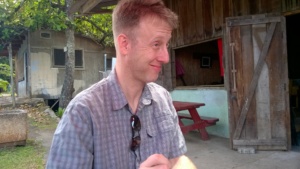 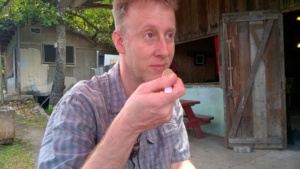 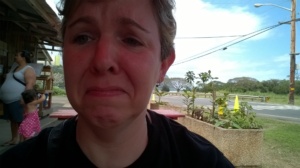 As you can see, we had very different reactions to this native Polynesian/Hawaiian food, made from the crushed root of the tarot plant.  It’s basically a slightly purple, slightly gooey starch.  I believe most “mainlanders” share my reaction while trying it.

We visited the zoo, where I mostly took pics of the flowers: 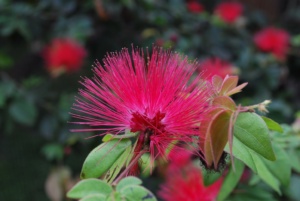 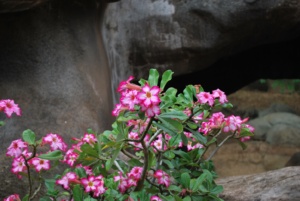 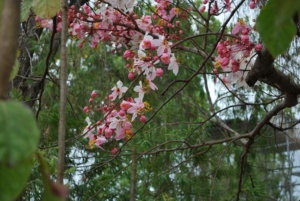 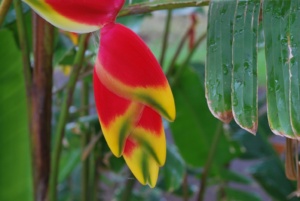 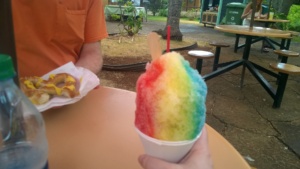 Hubby got this amazing shot of a meerkat who looked like he was ready to give us some banking advice: 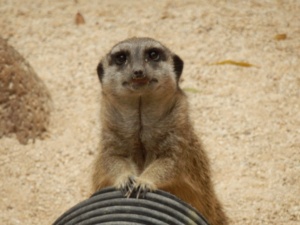 We visited Kualoa Beach Park, which overlooks Mokoli’i island aka the “Chinaman’s hat”: 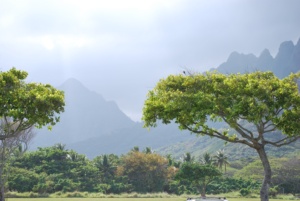 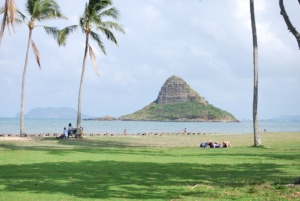 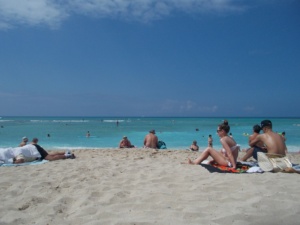 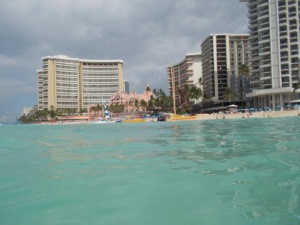 SIDE NOTE:  I love the guy on the left of that first pic who looks like he stumbled onto the beach, collapsed, and stayed where he fell.

And a beautiful rainbow & sunset: 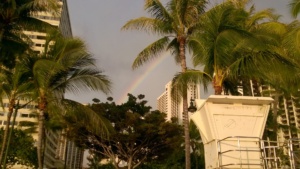 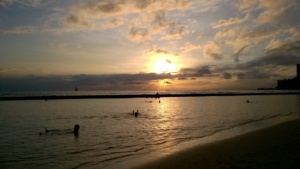 Stay tuned for Part 2 which covers our visit to the Aquarium and our hike up Diamond Head Crater [OMFG]!