After our long road trip to Hilo and back, we decided to chill out in Kona for the next few days.  We relaxed in waterfront parks, dined in waterfront restaurants, took daily naps, snorkeled in an almost-enclosed, coral-filled natural bay where sea turtles feed [so cool!], played in the waves at our favorite beach, and slept 10-12 hours a night!  All that relaxing tuckered us out!  We also toured a local coffee plantation and visited a local honey farm.  Here’s Jim seeing if Kona coffee beans smell [they don’t]: 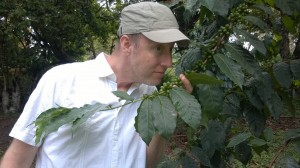 Jim also made some calls and found a local company that takes people out on snorkel trips to swim with dolphins in the morning or to swim with manta rays at night.  We did the dolphin swim our 3rd morning in Hawaii, and the manta ray swim 2 nights later.  I’m scared of deep water, and both snorkel trips required snorkeling in roughly 30 feet of water, so it was very hard for me!  But I did it!!!  [I might have made up a “Happy Snorkel Song” that I sang to myself over and over like a lullaby, but I’d never admit that out loud…]  The dolphin swim was right off Kona and the manta ray swim was about an hour north in a secluded bay.  For both trips, the water was so clear that as long as I pretended I was in a giant swimming pool, I wasn’t so scared.  Whatever works, right?

The dolphins didn’t get very close to us, but they swam below us, and some of them had babies next to them – so cute!  Jim lent me his underwater camera so I could take some pics: 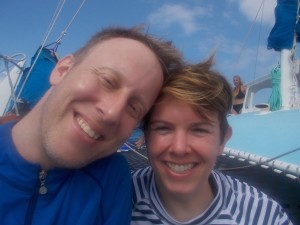 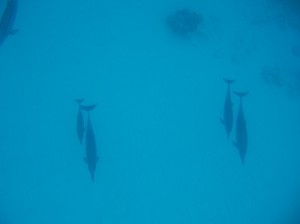 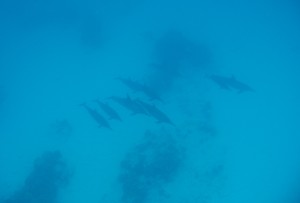 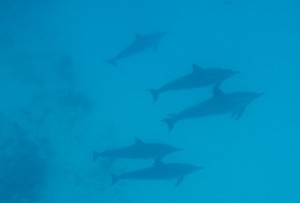 The manta swim was a little scarier because it was at night.  I told the woman that signed us up I was scared and she showed me a short video which made me not be so scared 🙂  Instead of free-snorkeling [like with the dolphins], everyone hangs onto a surfboard-thingy with handles around the outside and lights underneath.  About 10 people can hang onto a board.  Once you’re in the water with your wetsuit, snorkel, mask and fins, you float on the surface, holding the board, watching the mantas feed below you!  [They eat plankton, not people, and don’t have dangerous spikes on their tails like sting rays!]

There’s a lot of other manta ray charter boats out there, and they all use the same setup, so there were probably 200 people in the bay the night we went!   Someone drops a milkcrate of flashlights to the sea floor, which creates a column of light.  At sundown everyone gets in the water above the milkcrate and hangs onto the boards.  Between the milkcrate lights and the lights under each board the bay was really lit up!  Apparently these trips have been going on for over 20 years and the local mantas know to show up between 6 and 9pm for a plankton feast!  They’re huge, with about a 10 foot wingspan, and so graceful!  There were about 8-10 feeding all around us.  We didn’t get any pics… it was too hard with the dark and the commotion and the lights.  Jim tried to shoot video but that didn’t come out well.  He did get a few good shots during the trip: 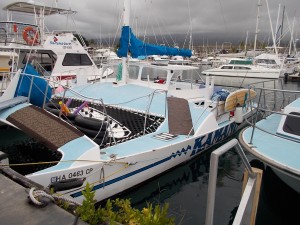 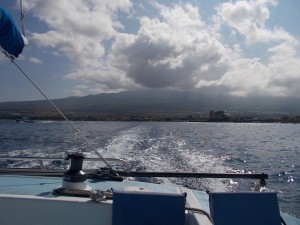 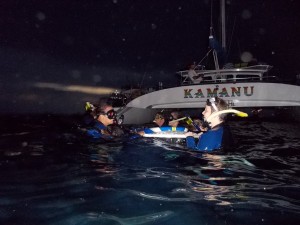 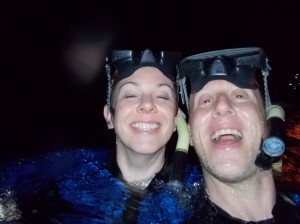 Here’s some additional pics of the flora and fauna of Kona – we didn’t know what most things were, but they were beautiful!  I took all the pics except the water drops on the aloe-ish leaf – that beauty is all Jim 🙂 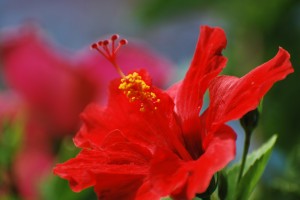 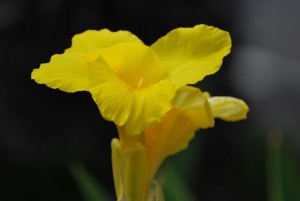 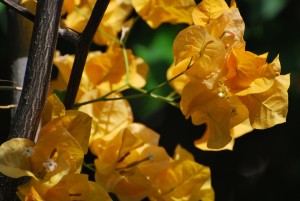 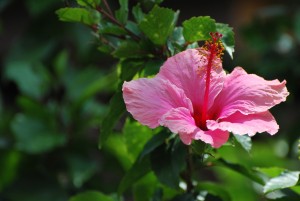 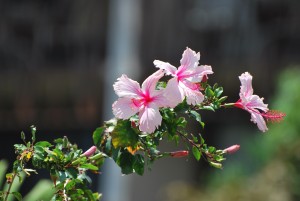 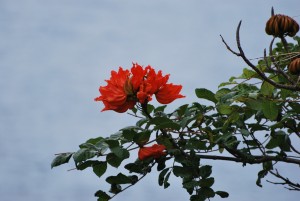 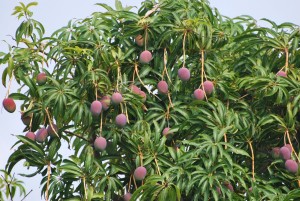 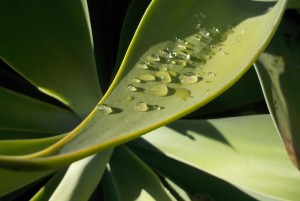 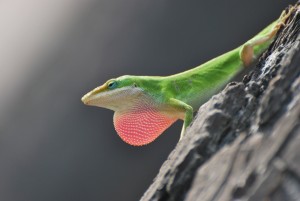 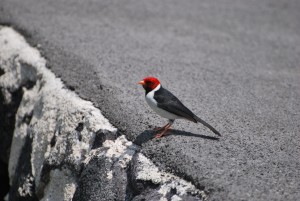 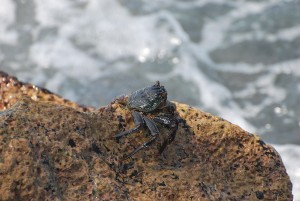 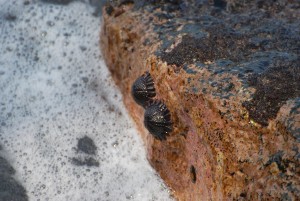 Our final morning in Kona, we stopped in at our favorite coffee shop [the one with the “Gecko Diner”] and about 15 minutes later the CUTEST DOG IN THE WORLD came trotting up, wearing a flowered lei around his neck!  His owner said he was making his daily “Aloha rounds” – how cute is that?!?  He came right over to us with a huge smile, then trotted into the coffee shop and right behind the counter, where the owners gave him some love.  Then he sat happily outside while his mom ordered her coffee.  He’s a Maltese – the only foofy dog Jim said he might consider getting someday [although his cousin’s Bichon Frise was right up there too!].  Jim grabbed these adorable shots of “Nuni”: 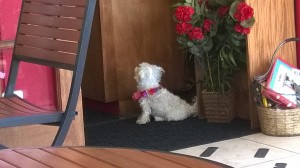 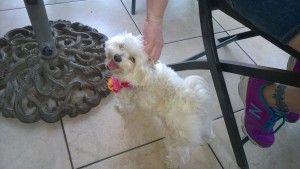 My third and final Hawaii post should be up this weekend!  It will detail our day trip to Kīlauea.