In late April we adopted 2 baby boy rats. We named them Winston and Killy [short for Kīlauea]: 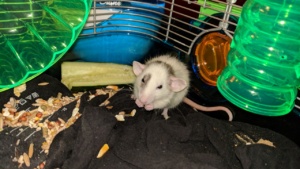 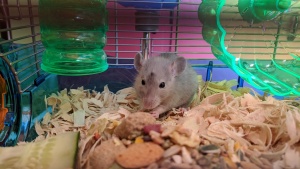 Winston is a white dumbo rat with gray markings that make him look like a little old man.  Killy is light grey with darker grey spots that make it look like he’s been rained on [same pattern as our gone-but-never-forgotten girl Clarabell].

They are so busy that it’s nearly impossible to get photos of them.   So even though we’ve had them for exactly 2 months as of today, we hardly have any photos.  I’ve taken a ton but they all come out blurry.  Here’s all I’ve got so far: 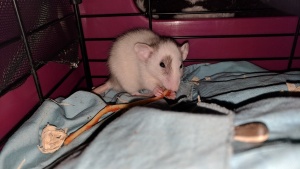 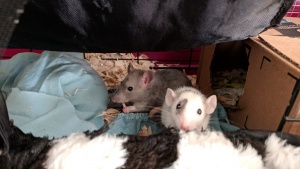 I took them outside once, to the garden, because Franc used to love that, but I decided it was too hard to watch 2 at once and make sure they don’t get hurt.  So I bought a little harness made for rats and I’m excited to try it this weekend with one, then the other 🙂 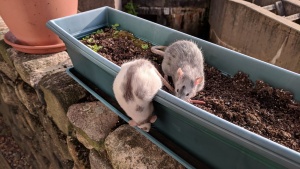 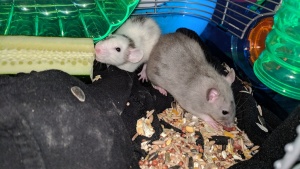 They started out in a little hampster cage, then moved into a bigger but still small travel cage which I wrapped in screening to keep them from escaping.  And for the past 2 weeks they’ve been enjoying life inside the BIG HOUSE – the 6 foot tall rat cage in the corner of our living room: 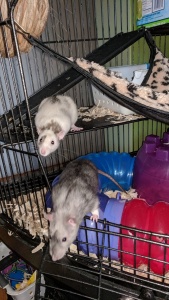