Hubby and I were in Oahu, Hawaii from April 2nd through April 12th. To see what we did on the first six days of our trip, click HERE and HERE.  By Day 7 my stomach virus was really kicking my ass.  I spent most of the day in bed: 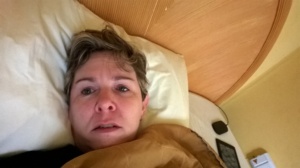 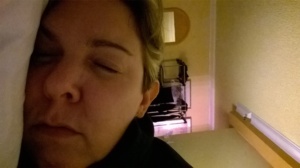 We did go swimming in the afternoon.  We liked playing at the wall across from the hotel – the waves crashed over it randomly, making it fun to keep our backs to the wall and wait for the surprise.  SIDE NOTE – the 2nd picture is probably my all time favorite photo of me in Hawaii – it makes me LOL: 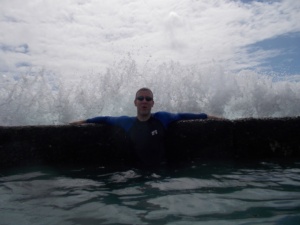 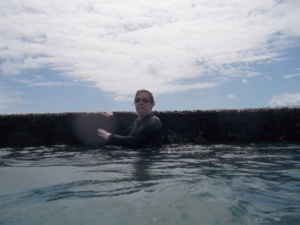 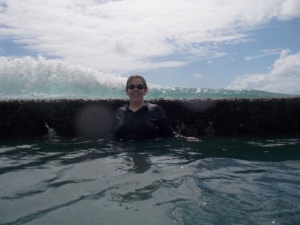 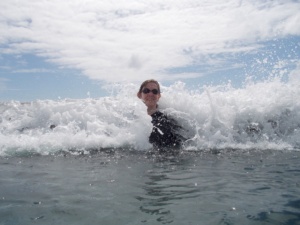 The wall actually encloses the ocean off Kuhio Beach Park, which was right across from our hotel.  It forms a salt water “pool” of sorts.  Here’s a zoomed-in shot I took from the top of Diamond Head Crater of Waikiki Beach and the Kuhio Beach Park wall: 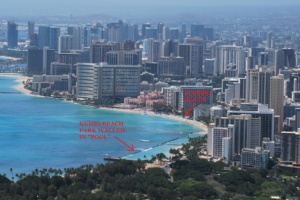 I loved the “pool”!  The deepest part, near the wall, was about 7 feet at high tide.  A few times during our first week in Waikiki we sat ON the wall, facing out to sea, and tried to hold onto the wall as waves washed over us.  It was so much fun!  Mostly the waves lift you up and toss you backwards into the “pool”.  It was hilarious, especially because my legs shot straight up into the air as I toppled backwards.  One man was laughing so hard I thought he was going to pass out.  We were hoping to get some pictures of that, but by Day 7 I was too weak to hang onto the wall and kept swallowing water, so hubby bought me an inner tube because he’s awesome: 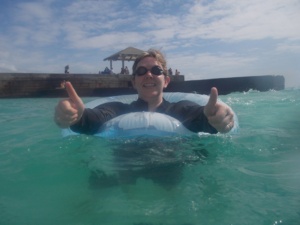 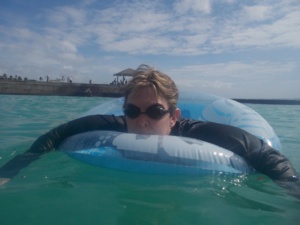 Here’s what it looked like to cling to the wall as the waves came over: 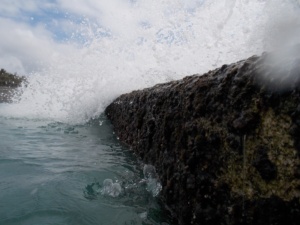 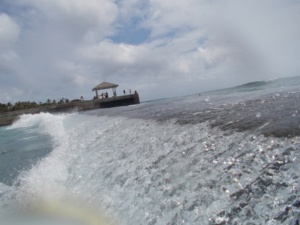 Fun!  There were stone steps sticking out of the wall at intervals [underwater] which made it a lot easier to stand at the wall or climb up onto it.

On Day 8 we ate breakfast at LuLu’s Waikiki again, and enjoyed the amazing view from their open-air window counter: 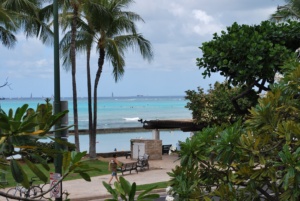 I tried French Toast which was a bad idea for my stomach… it didn’t stay down long.  Then we drove to the Manoa Falls Trail, which is a relatively short/easy hike up to a waterfall.  I just realized the sign at the entrance says not to get any of the water into your mouth or you could catch Leptospirosis… I guess that’s why it’s good to read the signs BEFORE you do the hike [!?!]: 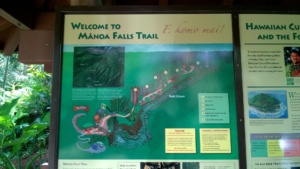 It was harder than I thought it would be [due to not eating much for the prior week], but I’m really glad we did it.  It was really misty & dark along the trail, but there were some beautiful flowers and scenery: 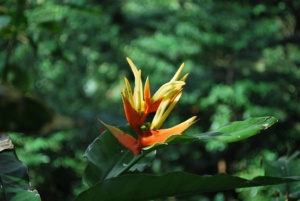 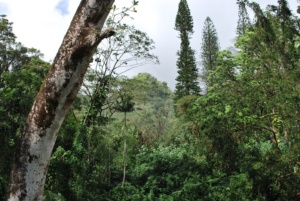 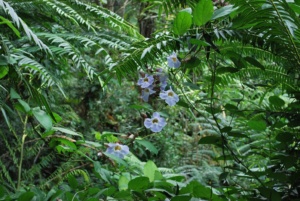 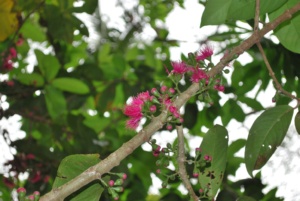 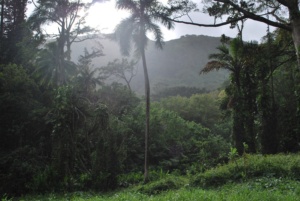 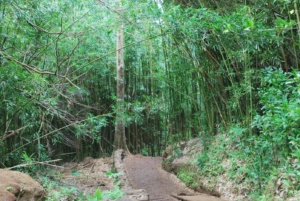 Everything is so lush and green in Hawaii!  The actual waterfall was a bit disappointing, it was more like a trickle running down the rocks and was hard to photograph.  Here’s a shot standing near the base looking straight up, and a better shot hubby took, which adds perspective: 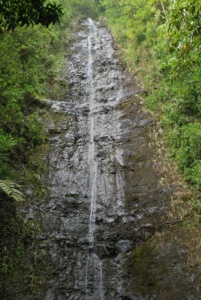 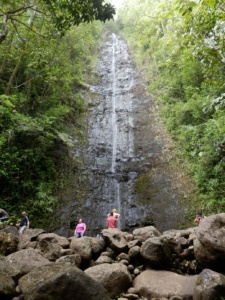 It’s probably more impressive after a lot of rain… I also practiced taking some macro shots – an actual macro lens is on my wish list: 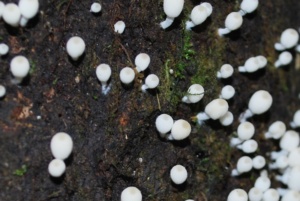 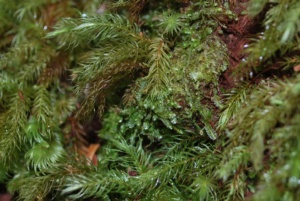 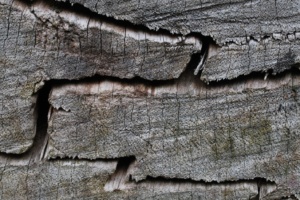 Not very good, but I enjoyed trying!!!  And trust me – I know they’re not good – but I have to start somewhere, and I’m proud of my effort.  And of course, since this is Hawaii, there were wild chickens in the parking lot: 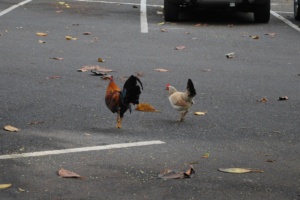