My website STILL doesn’t work from home.  Although, at the moment, I can access it from Firefox, but not from Chrome.  Tell me that makes sense… [usually I can’t access it from either].

I’ve been doing a lot of research lately about site optimization.  Hence all my craziness regarding ALT TEXT.  Which has helped!  Ever since filling in the Alt Text on my 2,700 photos I’ve started getting visitors who found me through random Google searches.  That’s a start!  And I totally think it’s due to filling in my Alt Text and finally showing up on Google’s radar!

I’ve also been reading about image optimization – how to keep your photos big enough to look good, but not so big they slow down the load speed of your site.  I’ve always tried to keep mine under 1,000 KB – most are in the 300-500 KB range.  I take 95% of my blog photos with my smart phone, which I’ve set to produce photos in that size range.  They’re big enough so you can click and make them larger, but not too big they overwhelm your screen [and slow down my site].  I was worried they still might be too big, but today I found this site:

It tests the speed of any website you enter!  I learned today that if your site loads in 3 seconds or less, it makes Google happy.  Over that and you’re not running at optimum level for search engines.  I put mine in and hit the “Test Now” button.  It took 2.94 seconds for my site to load, and said it was faster than 55% of all tested websites [there’s like a gazillion sites being tested constantly – it’s kind of fun to watch!].  Unfortunatley I didn’t take a screenie.  I looked through the Site Analayis they offer, and it told me that the MyFitnessPal widget I had on my site was slowing it down, so I removed it and my site loaded in 2.61 seconds and jumped to being faster than 60% of all tested sites: 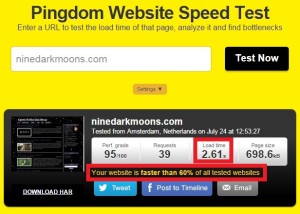 So then I read further through the Site Analysis provided and it showed me that my images were the next thing slowing down my site.  I did a quick search through my media folder and found about 50 images that were > 1,000 KB [aka 1 MB].  I resized them and re-inserted them into my site, then did another speed test: 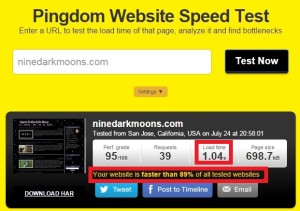 On a completely different subject, here’s some storm pics I took on my way home from work today, and the ensuing sunset: 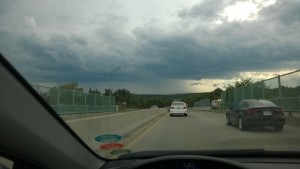 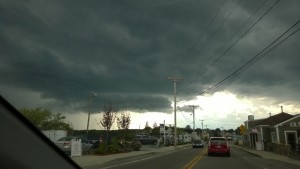 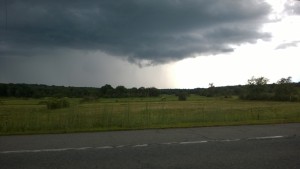 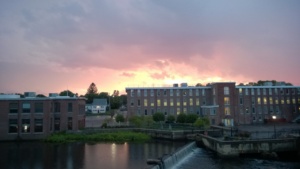 The sun was out briefly when I got home [before all those dark clouds caught up to me], so I got some pics of Bonkers enjoying the cat enclosure: 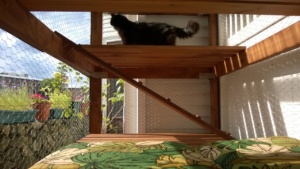 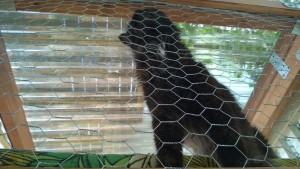 I carried him out to the yard and put him in.  He seems to really like it!  He was kneading the cushion and purring and rubbing his face all over the chicken wire 🙂