So yeah.  It’s been quite a day off from work!  This morning I framed my first ever wall [I wouldn’t really call it a “wall” but I’m not sure what else to call it so I’ll call it a wall].  And this afternoon I removed a baby lilac tree and [most of the] stump from the part of the yard where the cat enclosure is going to go.  I hate killing trees, but it had to be done.  The huge lilac it sprouted from – which is on the other side of the white fence – is awesomely huge and healthy.

Here’s what the corner of the yard looked like before: 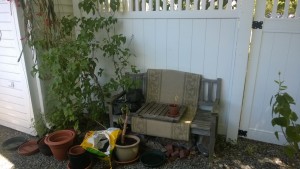 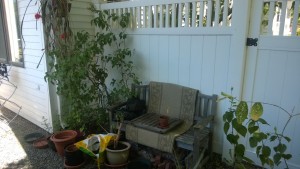 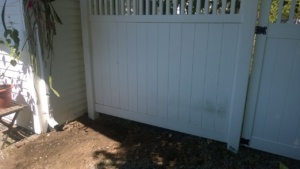 I moved the wooden bench out to the front yard [under the shade of the mother lilac tree]: 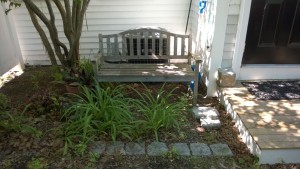 I moved the bricks and weights [not even sure what the weights are for, but they seem important for something] to the corner near the wall – they’re mostly hidden by the chairs: 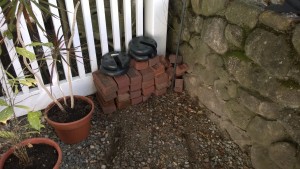 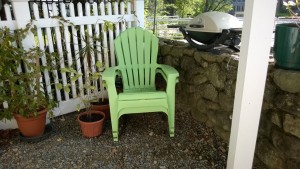 Then I focused my attention on the baby lilac, which was actually a bunch of shoots sprouting from a common trunk [if you look in the upper left corner you can see my gloriously happy orchid cactus, with a bazillion flowers!]: 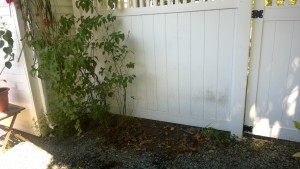 Before I started digging I noticed this pretty little guy climbing up a lilac branch, so I moved him to a safer location: 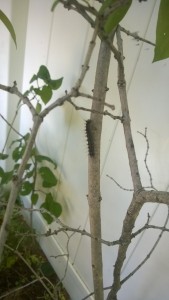 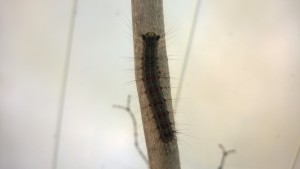 After 10 minutes of yanking and sawing, I was left with the stump: 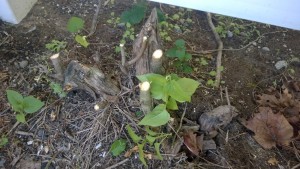 5 minutes of digging and I was starting to make progress: 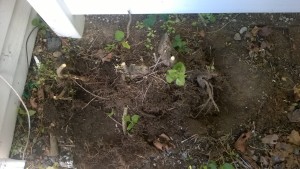 I had on proper footwear of course: 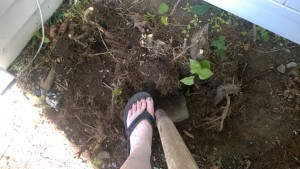 10 more minutes of digging didn’t get me very far so I used my foot and stomped on the trunk parts and the biggest ones snapped off: 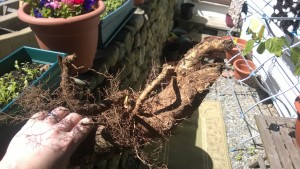 Yay!  All that remained was a shard of trunk that wouldn’t budge one bit: 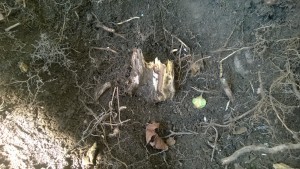 I think it’s the part connected to the iceberg of enormous root system underground, so I’m not ripping any more out.  If it sends up shoots next Spring I’ll deal with it then [if they start to impact my cat enclosure].  I put back most of the dirt [the sun had come around by this point and it was getting very hot out there!], and tamped it down.  Needs more dirt and more tamping before it’s level, but I’ll save that for another day.  I’m just thrilled I got 95% of the yard part done this afternoon!

I moved the frame out there to see how it looks: 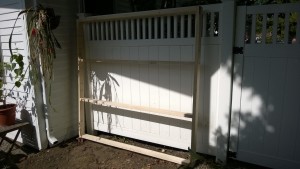 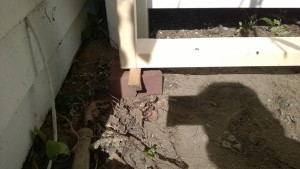 I had to jack it up on the left side with some bricks and kindling to get it level, but that’s just temporary.  It’s going to be awesome!